Nima to the world! Vic Mensa & Black Sherif mobbed by fans after storming the Ghettos for a video shoot – Ghana Music 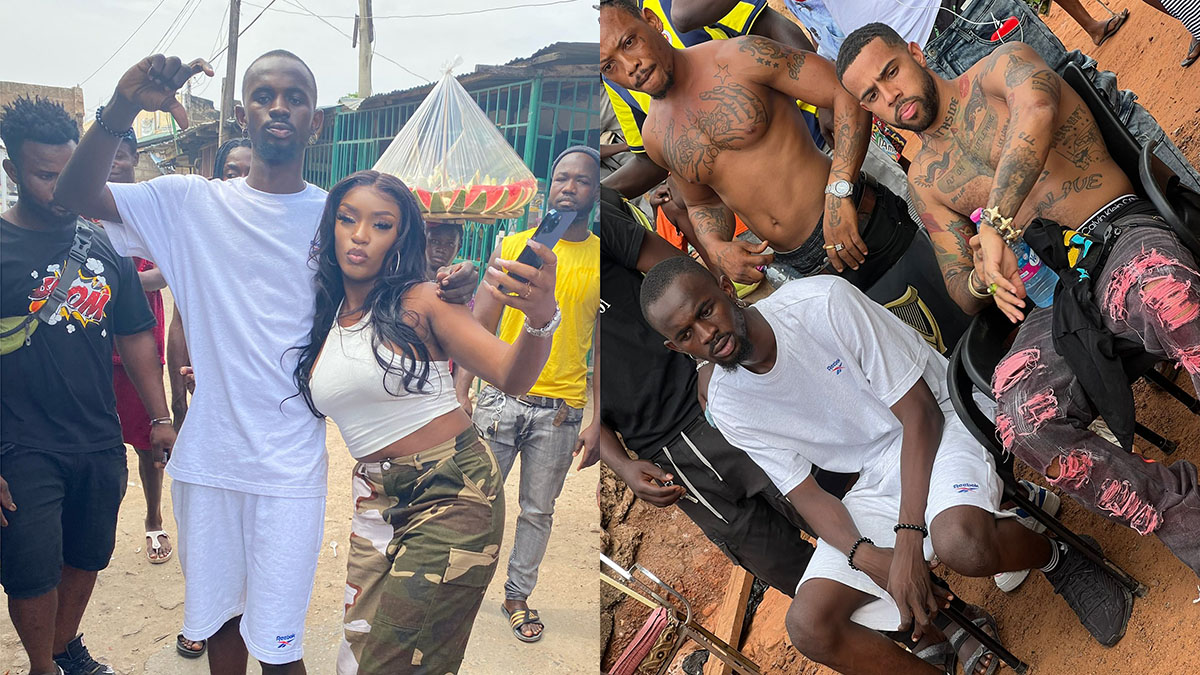 
The most spotlighted artiste in recent times, Black Sherif & American rapper, Vic Mensa were spotted in the slums and ghettos of Nima – a suburb of Accra.

Some residents of Nima, a suburb of Accra, mobbed them when they were shooting a video.

In a video in circulation on social media, the crowd showed massive love to Black Sherif and Vic Mensa.

They didn’t give up on catching a glimpse of these musicians even when they were asked to leave some spaces between them.

Currently, details about the project that is being worked on between Sherif and Vic are not known.