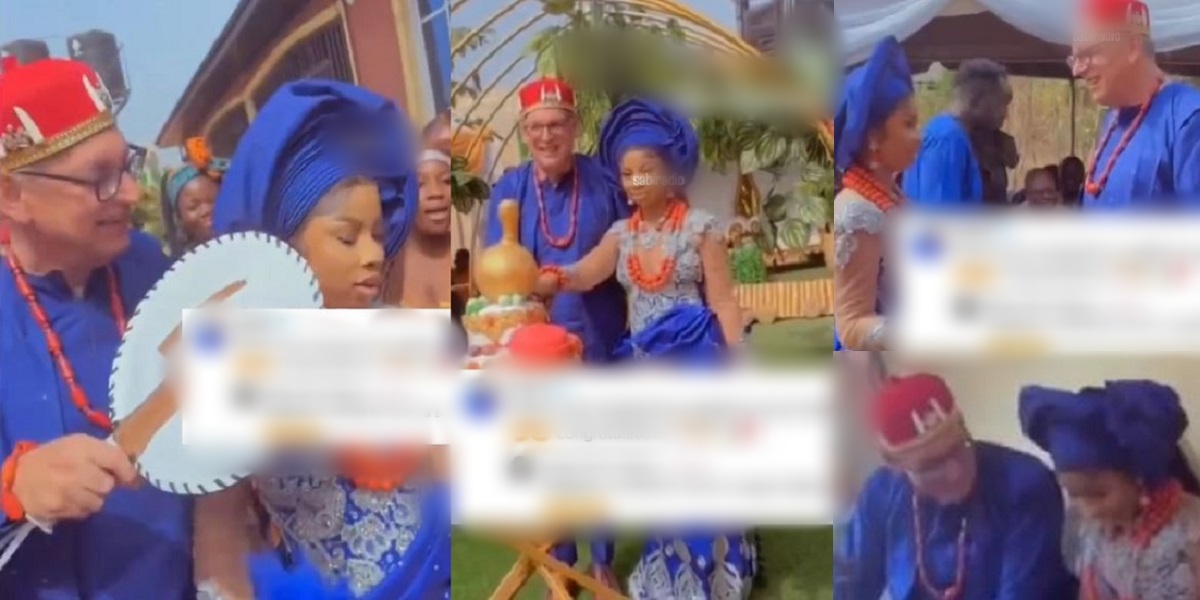 
A young Nigerian lady has responded to a man who tried to troll her for marrying an older man.

The lady who recently married her older Caucasian lover in a grand ceremony that was held in her hometown took to social media to share videos from the event.

The video showed the lady and her much older partner wearing matching traditional attire while performing their marriage rites.

However, while many social media users flooded the comment section with congratulatory messages to the couple and gushed over their chemistry, a man made an unflattering remark about the groom.

The troll described the lady’s husband as her grandfather.

“Awww your husband is a daddy to your father”, the man wrote.

Reacting to the comment, the unbothered bride simply told the troll, “Anyhow u seem fit, he’s a sugar daddy”.

In other news, Jamaican singer, Iniko, has revealed her father’s rather unexpected response after she informed him that she is now “genderless”.

The ‘King of Affirmation’ singer took to Twitter to share her father’s sentiment on Tuesday, January 10, and the tweet has gone viral on the micro-blogging platform with over three million views.

According to Iniko, her 60-year-old father was oddly receptive to her new gender identity and even said he is blessed to have a child whose existence stretches beyond this realm.

“I called my dad to tell him about being genderless and how I came to this conclusion about myself and he said “I am blessed to have children who’s existence stretches beyond this realm” and I just want to say that if a 60 year old Jamaican Rastafarian can get it, so can you.”

A Twitter user however opined that her father was probably under the influence of an intoxicant when he made the statement, but Iniko maintained that her dad doesn’t smoke.