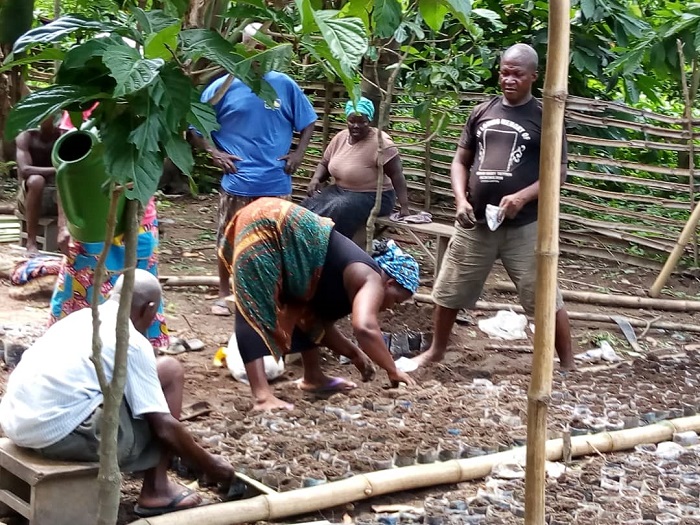 
Green globe Ghana, a non-governmental organisation (NGO) on environment on Thursday, launched a tree planting exercise at Anfoeta Tsebi in the Ho West District of the Volta Region.

The initiative, which is being funded by Sacred Fire Foundation, based in the United States, is meant to replant trees at degraded portions of the Wote Range.

Speaking at the launch of the exercise, Mr Samuel Deh, Chief Executive Officer of Greenglobe Ghana, expressed concern about the frequent degradation of the Wote forest by the people, including hunters.

He said it was, therefore, necessary to mobilise people living along the range to plant economic trees such as mohagany, ofram and wawa, to conserve the forest.

Mr Deh noted that afforestation plays a critical role in the tourism sector as well as the country’s culture, adding “we need to continue with our education for communities to know the value of afforestation.”

According to him, climate change challenges were due to the wanton destruction of forest reserves, saying “Such destructions has put forests and their habitats in danger.

He appealed to the people to support measures aimed at protecting the environment.

He called on the people to refrain from illegal activities that resulted in environmental degradation and support efforts aimed at conserving the forest.