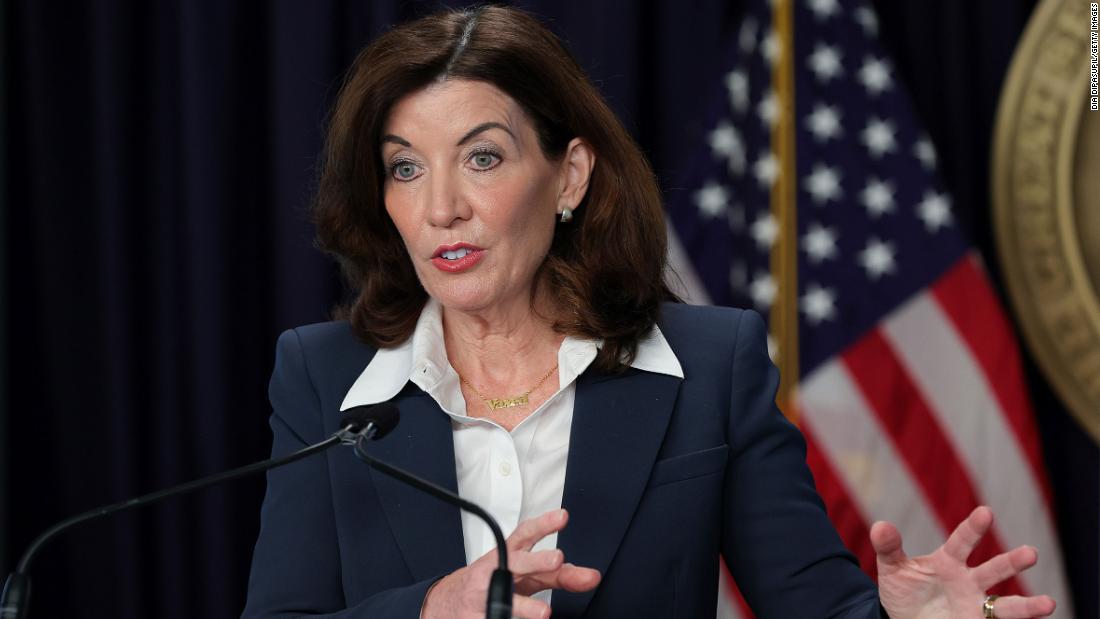 
“It is outrageous,” she said on Twitter, “that at a moment of national reckoning on gun violence, the Supreme Court has recklessly struck down a New York law that limits those who can carry concealed weapons.”

The state is “closely reviewing our options — including calling a special session of the legislature,” the governor said, vowing to “keep New Yorkers safe from gun violence.”

The decision, in a case brought by an NRA-backed group and two individuals, could potentially allow more guns to be carried in public. Critics say the ruling will impair sensible solutions they think can curb gun violence.

The law in question governed licenses to carry concealed handguns in public for self-defense and required a resident obtaining a license to carry a concealed pistol or revolver demonstrate that “proper cause” exists for the permit. But the Supreme Court, in a 6-3 majority, struck down the law in a ruling issued as the US continues to grapple with gun violence and mass shootings.

Officials across New York state have been anticipating the ruling, worried it could make access to guns easier and gun crime more common.

Manhattan District Attorney Alvin Bragg criticized the decision in a statement, saying it “severely undermines public safety not just in New York City, but around the country.”

However, Bragg said he was “committed to doing everything in my power to fight for the safety everyone in this city deserves.”

“New York still has some of the toughest gun laws in the country on the books,” Bragg said, “and we will continue to use these statutes to hold accountable those who commit gun violence.”

“New York’s strong gun laws have saved lives for more than a century, and the Supreme Court’s decision to open the door for millions of New Yorkers to carry a concealed weapon is a nightmare for public safety,” he said. “Evidence is overwhelming that states with permissive gun laws see much higher rates of gun deaths — from accidents to suicide, domestic incidents to street crime.”

This story is developing and will be updated.

CNN’s Peter Nickeas and Mark Morales contributed to this report.