New FTX CEO who has been brought in to clean up the company’s wreck for $1,300 per hour 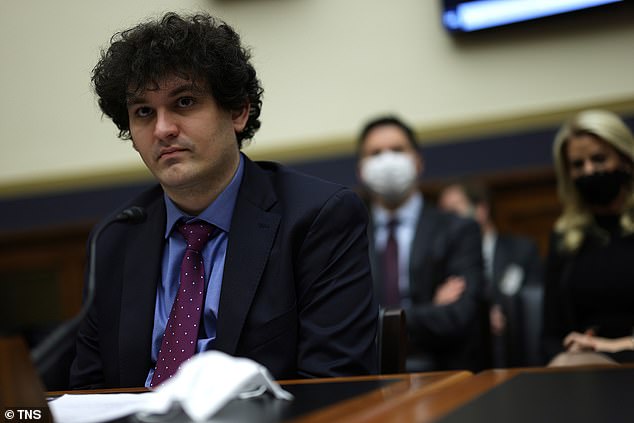 
The new CEO of FTX is being paid a whopping $1,300 per hour to clean up the collapsed cryptocurrency firm.

John Ray III took over the bankrupt firm on November 11 after founder Sam Bankman-Fried stepped down amid losing billions of dollars.

While FTX is bankrupt, paying top employees high salaries appears to be the only way to save the company after Bankman-Fried supposedly lent and lost billions in clients’ money to Alameda Research without their knowledge or permission.

FTX has also hired contractors to make sure the company is running ethically for more than $50,000 per month.

Company lawyer Edgar Mosley said that paying employees ‘is necessary for the preservation of the resources and value’ of FTX.

‘Without it, I believe that even more employees may seek alternative employment opportunities… likely, diminishing, stakeholder confidence in the Debtors’ ability to successfully reorganize,’ Mosley said, according to the news outlet.

John Ray III took over as FTX’s CEO for $1,300 per hour on November 11 as he attempts to clean up the collapsed cryptocurrency company. Pictured: the FTX arena

CEO Ray, who has 40 years experience dealing with collapsed firms including Enron, filed bankruptcy documentation on Thursday laying bare the scale of the disfunction.

‘Never in my career have I seen such a complete failure of corporate controls and such a complete absence of trustworthy financial information as occurred here,’ Ray said.

‘From compromised systems integrity and faulty regulatory oversight abroad, to the concentration of control in the hands of a very small group of inexperienced, unsophisticated and potentially compromised individuals, this situation is unprecedented.’

Bankman-Fried was recently estimated to be worth $23 billion. His net worth has all but evaporated, according to Forbes and Bloomberg.

Ray, in the bankruptcy filing, said he had never seen such chaos and incompetence

Ray explained why he had been brought in, and said his history of dealing with mismanagement had not prepared him for the shambles at FTX.

‘I have over 40 years of legal and restructuring experience,’ he said.

‘I have been the Chief Restructuring Officer or Chief Executive Officer in several of the largest corporate failures in history.

‘Nearly every situation in which I have been involved has been characterized by defects of some sort in internal controls, regulatory compliance, human resources and systems integrity.’

Ray said that FTX was by far the worst case he had come across.

Since his resignation, Bankman-Fried has sought out news outlets for interviews and has been active on Twitter trying to explain himself and the firm’s failure.

In an interview with the online news outlet Vox, Bankman-Fried admitted that his previous calls for regulation of cryptocurrencies were mostly for public relations.

‘Regulators, they make everything worse,’ Bankman-Fried said, using an expletive for emphasis.

In a terse statement, Ray said that Bankman-Fried’s statements have been ‘erratic and misleading’ and ‘Bankman-Fried is not employed by the Debtors and does not speak for them.’

Ray noted that many of the companies in the FTX Group, particularly those in Antigua and the Bahamas, didn’t have appropriate corporate governance and many had never held a board meeting.

Ray also addressed the use of corporate funds to pay for homes and other items for employees.

‘In the Bahamas, I understand that corporate funds of the FTX Group were used to purchase homes and other personal items for employees and advisors.

‘I understand that there does not appear to be documentation for certain of these transactions as loans, and that certain real estate was recorded in the personal name of these employees and advisors on the records of the Bahamas,’ he said.

Bankman-Fried hired a former chief finance regulator nicknamed ‘Crypto Dad’ to land a meeting with the chairman of the SEC, DailyMail.com revealed on Thursday.

The crypto billionaire’s firm brought in Christopher Giancarlo, the former head of the Commodity Futures Trading Commission, to set up a ‘formal introduction’ with SEC chair Gary Gensler which took place in October 2021.

The meeting is believed to be the first between Bankman-Fried and Gensler, who both controversially also met in March this year to discuss a crypto trading platform which could be approved by the SEC.

It mean the SEC chair met Bankman-Fried at least twice – and will pile pressure on Gensler to explain their relationship and his failure to prevent the crisis FTX.

Gensler is said to be ‘in a corner’ over his meetings with Bankman-Fried and lawmakers in Congress want him to answer questions about how FTX’s collapse, which cost investors billions of dollars, could happen on his watch.

Giancarlo, a lawyer who departed the CFTC in 2019, earned the nicknamed ‘Crypto Dad’ from cryptocurrency enthusiasts for his positive attitude towards the technology.

He attended the meeting in 2021 in his capacity as a lawyer for Willkie Farr & Gallagher.