Naomi Judd left her daughters, Wynonna and Ashley, out of her will 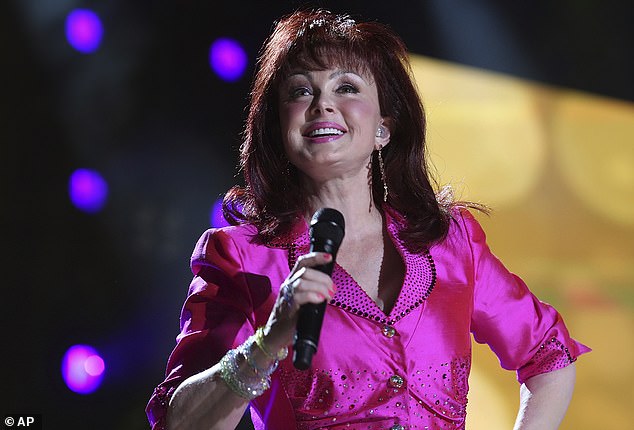 
Naomi Judd left her daughters, Wynonna and Ashley, out of her will and appointed her husband, Larry Strickland, as executor: Country singer shot herself dead in her Tennessee farmhouse in April

By Natasha Anderson For Dailymail.Com

Country singer Naomi Judd left her two daughters, Wynonna and Ashley, out her will.

She instead appointed Larry Strickland, her husband of 33 years, as executor of her estate. He will have ‘full authority and discretion’ over her assets ‘without the approval of any court.’

Judd shot herself dead in an upstairs room of her Tennessee farmhouse on April 30 after a longtime battle with her mental health.

She prepared her will in November 2017, nearly five years before she died, and was of ‘sound mind and disposing memory’ when she approved the document.

Judd was a member of the country music duo The Judds, alongside her eldest daughter, Wynonna, 58, who is reportedly ‘upset’ by the will.

Naomi Judd, the Kentucky-born singer of the Grammy-winning duo The Judds and mother of Wynonna and Ashley Judd, has died at age 76. She will be inducted into the Country Music Hall of Fam on Sunday. Naomi is pictured performing at the CMA Music Festival Festival in June 2009

Judd’s will states Strickland is entitled to ‘reasonable compensation’ for his services as executor, according to the document which was reviewed by Page Six.

He can also be paid or reimbursed for ‘reasonable expenses, advances and disbursements, including attorney’s and accountant’s fees, made or incurred in the administration of my estate.’

The document also states that if Strickland could not be executor of the estate due to death or any other reason, Judd’s brother-in-law, Reginald Strickland, and the president of Tennessee law firm Wiatr & Associates would serve as co-executors.

Wynonna and Ashley, 54, did not immediately respond to Page Six’s requests for comment.

However, a source close to Wynonna told Radar Online the singer is angry she was excluded from Judd’s will and ‘believes she was a major force behind her mother’s success.’

The duo were inducted into the Country Music Hall of Fame one day after Judd’s death was announced.

The sisters have not given any indication of tensions wit their mother, having praised her after her death and publicly discussed their struggles during the grieving process.

Both girls also had homes on Judd’s 1,000-acre farm in the greater Nashville-area, which she had owned for nearly three decades. It is unclear if Wynonna and Ashley’s properties are considered part of Judd’s estate.