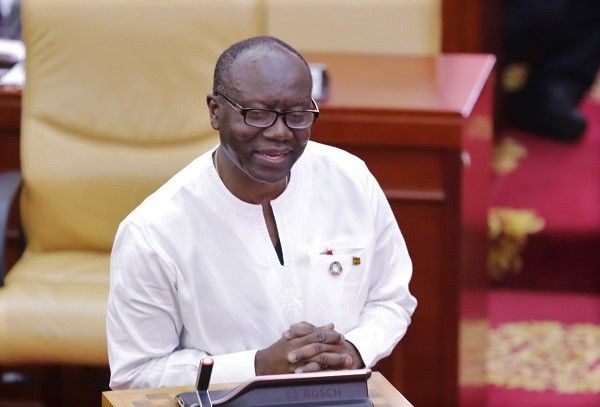 
Having presented the Budget Statement and Economic Policy of Ghana to parliament in the last 6 years, the Minister of Finance, Ken Ofori-Atta, has become known for one profound, unmistakable thing: quoting biblical scriptures.

Like the typical white attires that the minister has been synonymous with in his administration, many have always looked forward to which scripture he would state in his addresses to parliament.

And while he did not disappoint again this time, there was a new addition that perhaps, is the expectation that Ghanaians would be consoled by.

In his concluding words while presenting the 2023 budget to parliament, on Thursday, November 24, 2022, the minister shared some words in the local Ga language.

Not a typical reader of the Ga language, Ken Ofori-Atta attempted to read the words, ‘N) fiaa n) baa hi,’ to wit, ‘everything will be fine or alright.’

The consoling words from the minister were perhaps, intended to communicate to Ghanaians that regardless of the current economic downturns the country is faced with, there is light at the end of the dark tunnel.

Ghana has been at one of its lowest economically in many decades, with unprecedented statistics in such areas as the performance of the Ghana cedi to the US dollar, fuel prices, as well as debt to GDP figures.