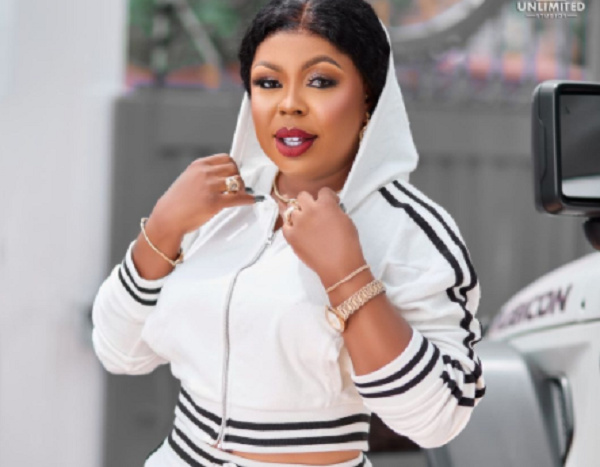 Afia Schwarzenegger blames MzGee for the circulation of TT’s audio

Aside from the backlash that has characterized the Psalm Adjeteyfio brouhaha, one issue that has been of concern to many is how an audio clip sent in confidence became public.

MzGee has insisted that she never circulated the audio as it is being alleged; rather she shared it with her husband who later shared it with Dr. Gideon Boako, the aide of vice president Dr. Mahamudu Bawumia.

But Afia Schwarzenegger wants MzGee to take full responsibility, stressing the audio would not have been in circulation if she had kept it on her phone.

According to her, the intent is immaterial; the bottom line is that MzGee leaked the audio of Psalm Adjeteyfio begging for leftovers from her [MzGee] kitchen.

“If I send audio to you asking for help, the minute you send the audio to someone, you’re the one that leaked it. That is the definition of ‘leaking’. If someone sends something to you and you send to your husband, you’ve leaked it” Afia Schwarzenegger said while casting doubt over suggestions that Gideon Boako leaked the audio.

“This issue is a dent on Gideon Boako’s boss so why would he leak it? The one who sent the audio from her phone to her husband is the one who leaked the audio”, the comedienne argued.

In the last couple of days, TT, as the actor is affectionately called, has been in the news after an audio clip of him begging MzGee for leftovers landed in the public domain. In the said audio, the actor indicated that he has invested the GH¢50,000 the vice president gave him and that since the vice president’s donation was made public, all those who used to help him withdrew which has created a lot of problems for him.

On the back of the criticisms against MzGee, Raymond Acquah, the husband of media personality mounted a spirited defense for his better half and explained why he sent the audio to the aide of the vice president.

He stated: “As the one who was mandated to send the said voice note to Gideon Boako in his capacity as the aide who did the donation on behalf of the Vice President, to clarify the relationship between the office and the actor and explore the possibilities of getting him further help, I find the unwarranted attacks on MzGee GH completely unacceptable.”

He could not fathom why his wife would be subjected to a barrage of backlash as he stressed that the intent was without malice.

“For a woman who had willingly given her resources to the ailing actor and gone out of her way to get more help for him to be treated with such contempt is disgraceful”, Mr. Acquah’s post read.

“Throughout her engagements with the actor, she has been nothing but helpful and compassionate. She deserves praise and not vitriol”, he added.