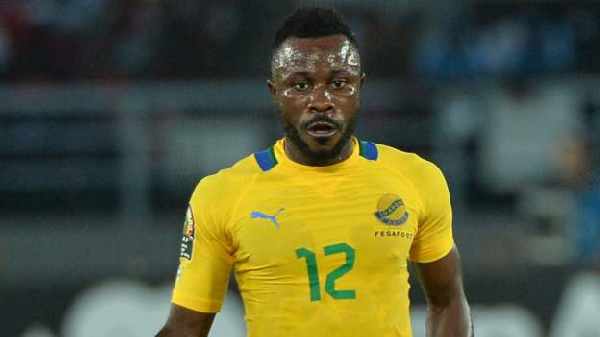 As Ghana prepares to face Gabon in their Group C encounter at the Africa Cup of Nations, a mysterious story of one of their top players who was born after the death of his mother has popped up.

The age of Gabonese national team midfielder, Guelor Kanga, also known as Kanga Kiaku, became the centre of controversy after the Confederation of African Football opened investigations into the player’s real age.

According to DR Congo team managers who wanted Gabon disqualified from the 2021 AFCON Qualifiers, the player was born a Congolese and they believe he might have altered his age.

CAF then opened a probe into Kanga’s age after DR Congo made the report demanding Gabon’s disqualification from the 2021 AFCON.

Kanga’s birth document available to CAF showed that he was born in 1990 in Oyem, Gabon.

However, upon further investigations, it surfaced that the midfielder’s mother allegedly died in Congo in 1986.

According to sources who grew up with the player, Kanga was born in Kinshasa in 1985 and his mother died the following year in 1986.

In a twist of the event, it emerged that Kanga’s mother allegedly faked her death and relocated to Gabon for unknown reasons.

According to a story by Sportsnews.africa, Kanga’s mother lived under a new identity.