‘My Road Is Not Over Yet!’ – Ronaldo Insists World Cup Won’t Be His Last | Football/Soccer 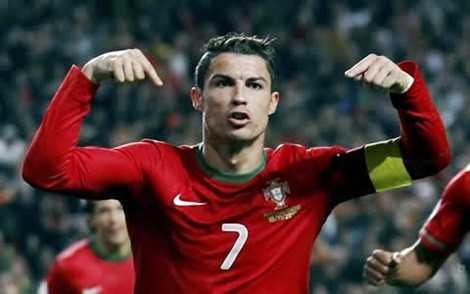 
Cristiano Ronaldo has revealed that he intends to keep on playing for Portugal beyond the 2022 World Cup.

WHAT HAPPENED? Ronaldo has issued an update on his international future, revealing that he is targeting an appearance at Euro 2024 after featuring in this winter’s World Cup.

WHAT THEY SAID: “It has been a long road, but I would like to take the opportunity to say that my road is not over yet. I feel motivated, my ambition is high. I am in the Selection with a lot of young players and I want to be part of this World Cup and the 2024 European as well, I assume now,” The Manchester United star said after being presented an award at the Portuguese Football Federation’s Quinas de Ouro ceremony on Tuesday.

THE BIGGER PICTURE: With the legendary forward now 37, there had been speculation over whether the upcoming World Cup would be his final major tournament. With his international future now assured, Ronaldo seems likely to reach a double-century of Portugal caps – having already amassed 189.