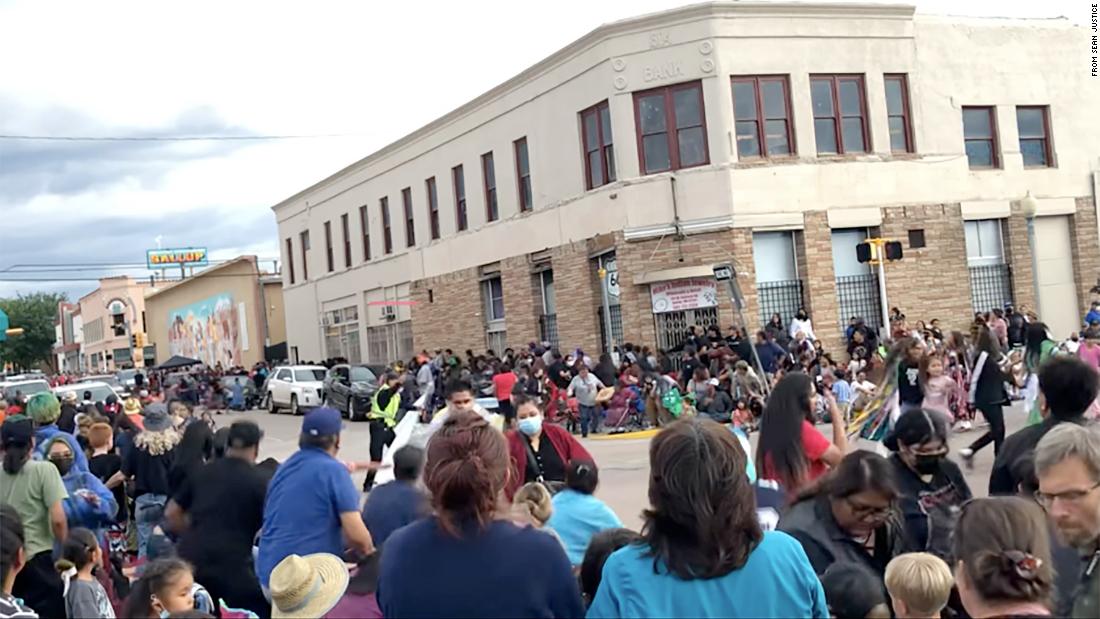 The driver and passengers are in custody, officials said, and state police are investigating the incident.

Thursday night’s ceremonial parade was scheduled to begin at 7 p.m. in downtown Gallup, according to the event website. The parade was part of a days-long celebration of Native American culture and heritage, according to a news release on the event.
A video taken by witness Sean Justice shows a group of people performing in the street when the crowd bursts into screams, with people leaping up and rushing in the opposite direction of what appears to be a moving car.

Another video captured by witness Keisha Joe shows what appears to be the SUV that was driven through the parade. In front of the SUV is a damaged car on the sidewalk, its front door crumpled in.

Navajo Nation Council Speaker Seth Damon released a statement saying, “The Navajo Nation stands with resilience against any acts of violence and sends prayers of protection to those affected. This was a traumatic and triggering event for many, especially for our youth, elders, and our veterans who acted quickly.”

“Hold Gallup in your prayers tonight as we come together in faith and strength for one anther. May the Creator and Holy People bless you all tonight as we move forward together,” he said.