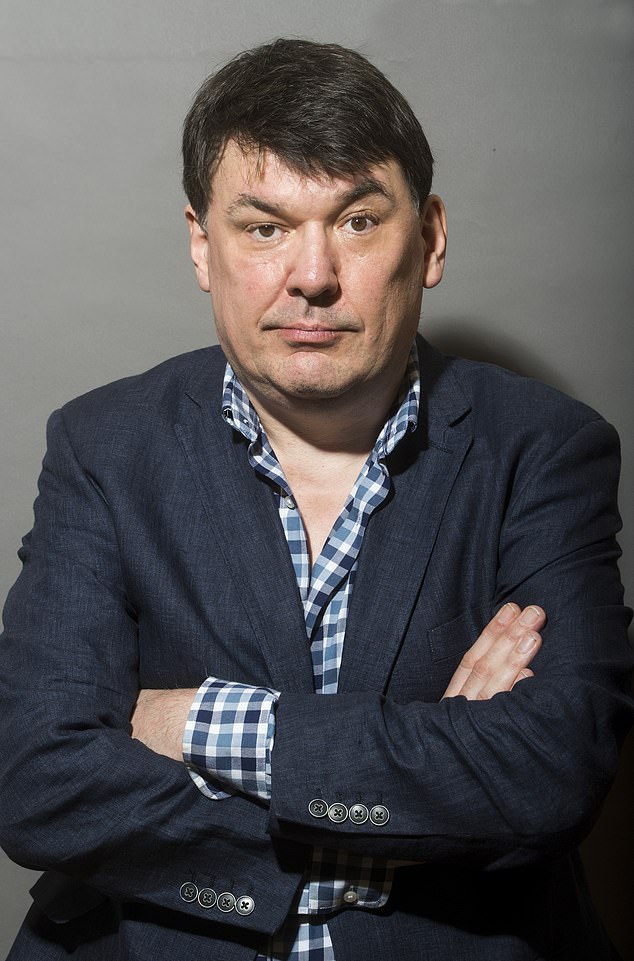 By Sanchez Manning for The Mail on Sunday

Writer Graham Linehan is considering taking legal action against Apple TV after he was branded ‘anti-transgender’.

The streaming service made the claim in a short biography provided in the cast and crew section of the series Motherland.

Linehan co-wrote the original series of Motherland, a humorous take on the tribulations of motherhood. While information for cast and crew members is ordinarily limited to their other shows, the Apple TV entry for Linehan describes him as not only ‘an Irish television writer’ but also an ‘anti-transgender activist’.

It states he became involved in ‘anti-transgender activism’ after an episode of another sitcom he wrote, The IT Crowd, was criticised as ‘transphobic’.

An Apple TV entry states that Graham Linehan (pictured) became involved in ‘anti-transgender activism’ after an episode of another sitcom he wrote, The IT Crowd, was criticised as ‘transphobic’

Linehan, who has won multiple Baftas for hit comedy shows including Father Ted, told The Mail on Sunday that the biography was ‘a bunch of smears and lies’. He said: ‘I’m incredibly angry about being painted like this.’

The 54-year-old writer said he was being smeared for daring to criticise aspects of ‘transgender ideology’.

Apple TV was contacted for comment, and last night all references to Linehan being ‘anti-transgender’ had been removed.