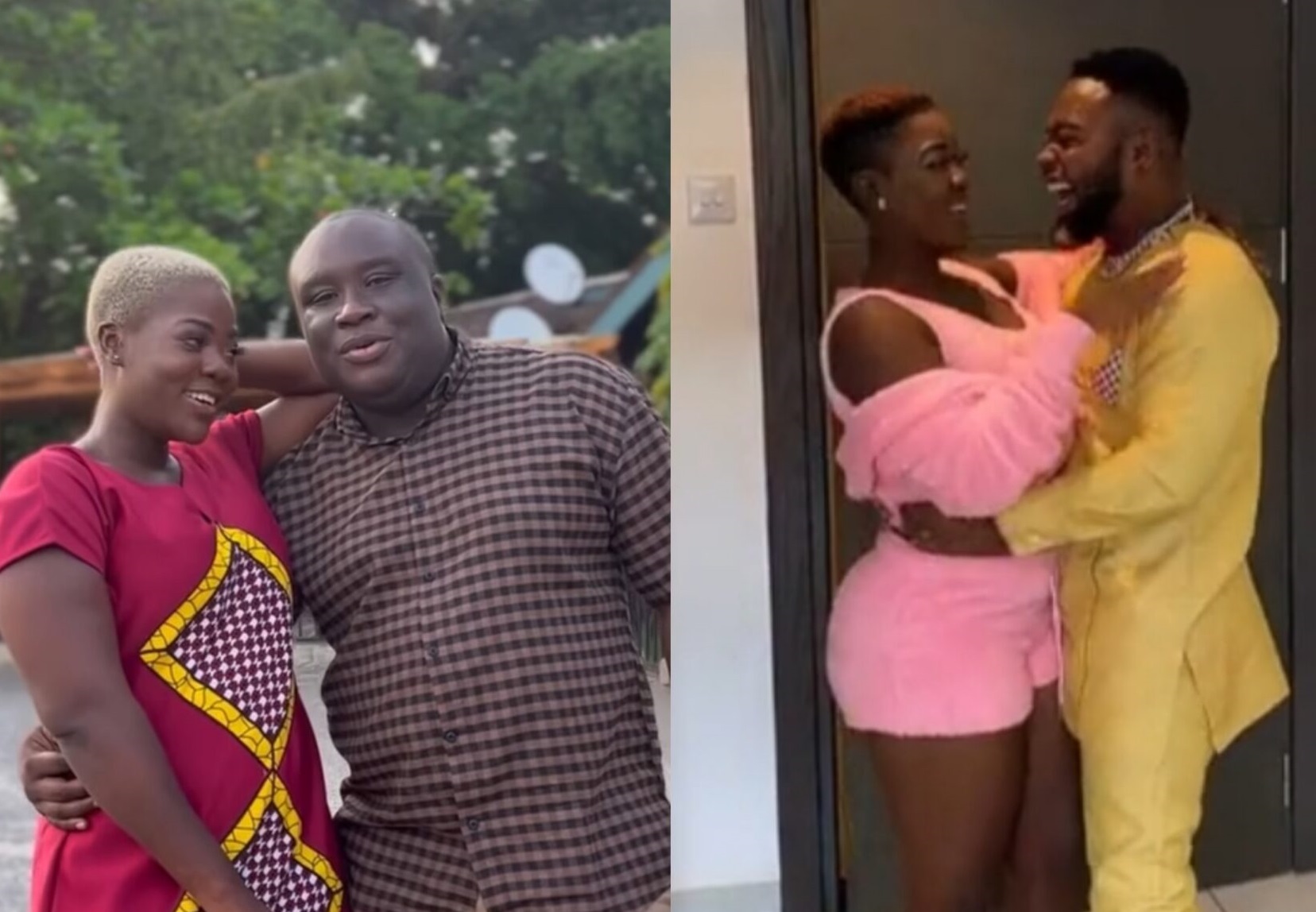 
TikTok star, Asantewaa has consistently been bashed on social media for the kind of videos she normally records with her manager, Cassius.

Despite the numerous backlash and constant attacks from social media users, Asantewaa has in various dispelled the rumors that she has anything intimate to do with her manager.

Asantewaa has repeated stated that whatever she does with her manager is strictly work and nothing else, stressing that her husband, Jeffrey Obiri-Boahen understands as well.

Amid all the brouhaha, her mother-in-law spoke for the first time on the never-dying topic when she was called by Abeiku Santana for an interview on Okay FM.

In the interview, Asantewaa‘s mother-in-law who is known as Mama Vida stated emphatically that she is a good girl who will not bring shame to herself, the husband, and the family at large.

“Whatever she is doing, I know it is work and I have advised her to be careful. She has also assured me that nothing bad will happen so I have trust in her,’ she stated.

She went on to add: “At first, some of the things on social media were getting to me and making me uncomfortable but she has sat me down and explained things to me so I understand them now.”

Watch the video below…