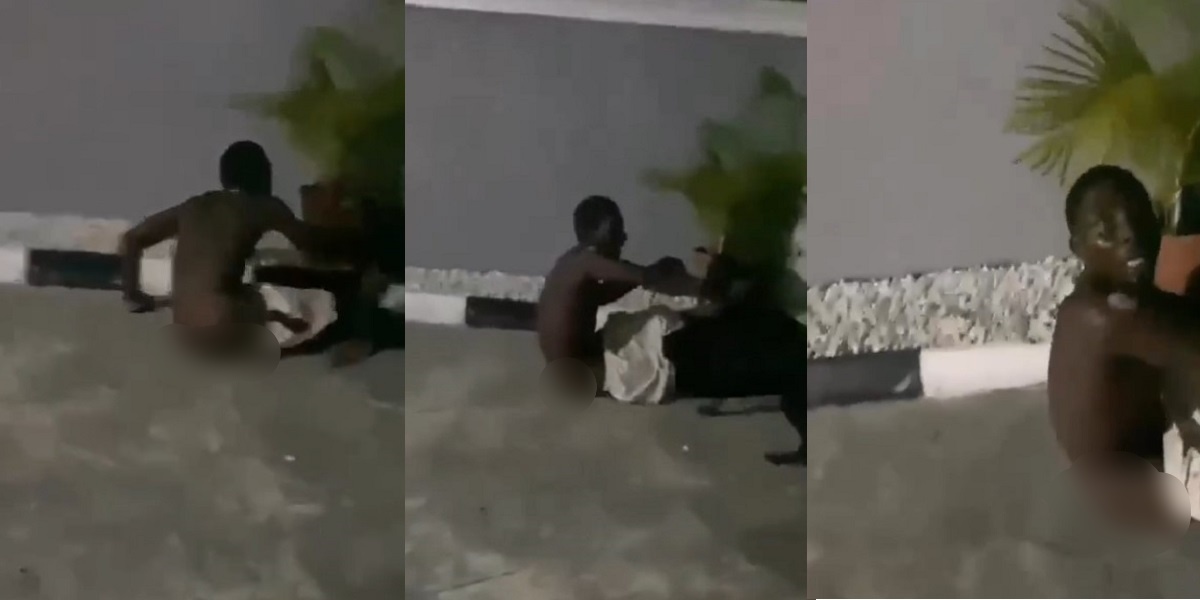 
A video of the moment an alleged thief was attacked by two dogs in a compound he broke into is currently making rounds online.

The petty thief stormed the compound in the middle of the night with plans to steal from the occupants, unknown to him that the house was heavily guarded by two well-trained dogs.

In the trending clip, the dogs are seen attacking the thief and pulling at his trouser as he screamed for help. Fortunately for him, his shout alerted the owner of the house who came out to call the dogs to order.

“Crusher, sit down there, go back”, the owner was heard giving commands to one of the dogs named Crusher.

However, the dogs didn’t listen to their owner’s commands and kept biting the thief in different parts of his body.

Watch the viral video below,

A while back, a young man was nabbed for stealing N6.6 million from his friend’s bank account and using it to bet in the Badagry area of Lagos.

A video that captures the moment the culprit was confronted by his friends for committing the dastardly act has been shared online, stirring mixed reactions. Watch here if you missed it

Share. Facebook Twitter Pinterest LinkedIn Tumblr Email
Previous ArticleAAUA students and lecturer run for their lives after their classmates dressed as b*ndits storm their class for a presentation on terr0r*sm (Video)
Next Article Police officers deployed to SIM registration centers in Kumasi over chaos