Mo Farah says he was trafficked as a child, given false name: BBC 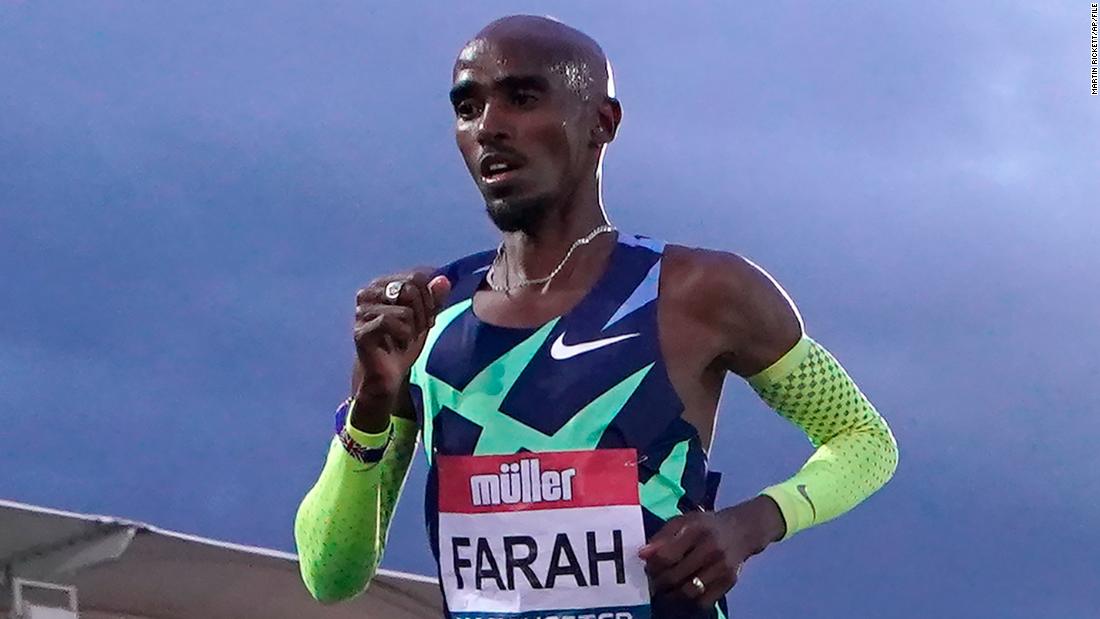 The revelation comes in a new documentary by the British broadcaster set to air on Wednesday. In it, Farah also says his real name is Hussein Abdi Kahin and that he was born in Somaliland.

“Despite what I said in the past, my parents never lived in the UK,” Farah told the BBC.

He says the family was “torn apart” after his father was killed in the civil war when he was just four years old. Somaliland declared independence in 1991 when it broke away from war-torn Somalia, but has never been recognized as a sovereign state.

“I was separated from my mother and I was brought into the UK illegally under the name of another child called Mohamed Farah,” he said in a clip of the interview.

The four-time Olympic gold medalist was either eight or nine years old when he was flown to the UK by a woman he’d never met before, he said.

Once he arrived, he says he was forced to “do housework and childcare.”

Several years later, he was finally allowed to enroll in school, where he confided in a PE teacher about his situation. The teacher contacted social services and Farah moved in with a Somali foster family.

“I still missed my real family, but from that moment everything got better,” he tells the BBC.

Farah, who was granted British citizenship in 2000, says running saved him from a life in servitude.

CNN has reached out to Farah’s representatives for a comment.