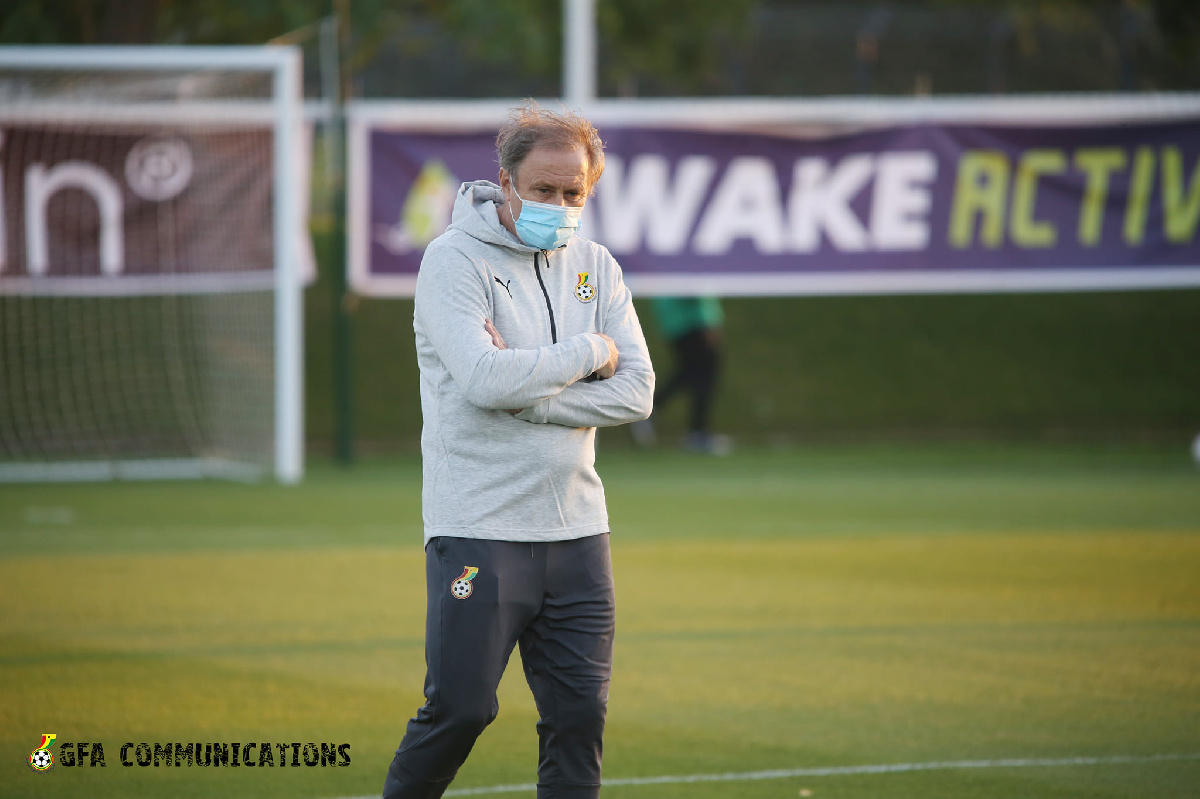 The Black Stars who have been in Doha for the past weeks preparing for the 33rd edition of the Africa Cup of Nations [Afcon] which will be played in Cameroon.

As part of the team’s preparations, the four-time African champions will play current champions Algeria at the Education City Stadium on Wednesday afternoon.

However, the Serbian has tested positive for Covid-19 and is now expected to miss the game according to multiple media reports in the local media.

But another test will be conducted before the game tomorrow.

The Black Stars held training with the likes of Thomas Partey, Daniel Amartey, Baba Idrissu among other players but Jordan Ayew and Andre Ayew were the notable players who sat out of the training session.

The playing body together with the technical team are expected to arrive in Yaounde for the tournament which starts from January 9 to February 6.

Ghana are housed in Group C alongside Morocco, Comoros and Gabon. The Black Stars will kick start the tournament against giants Morocco on Monday, January 10 before taking on Gabon and Comoros in the other Group C matches.

Milovan Rajevac, meanwhile, has been tasked by the Ghana Football Association [GFA] to end the country’s 40 years Afcon trophy drought.