Migrants dropped off near Kamala Harris’ residence in Washington 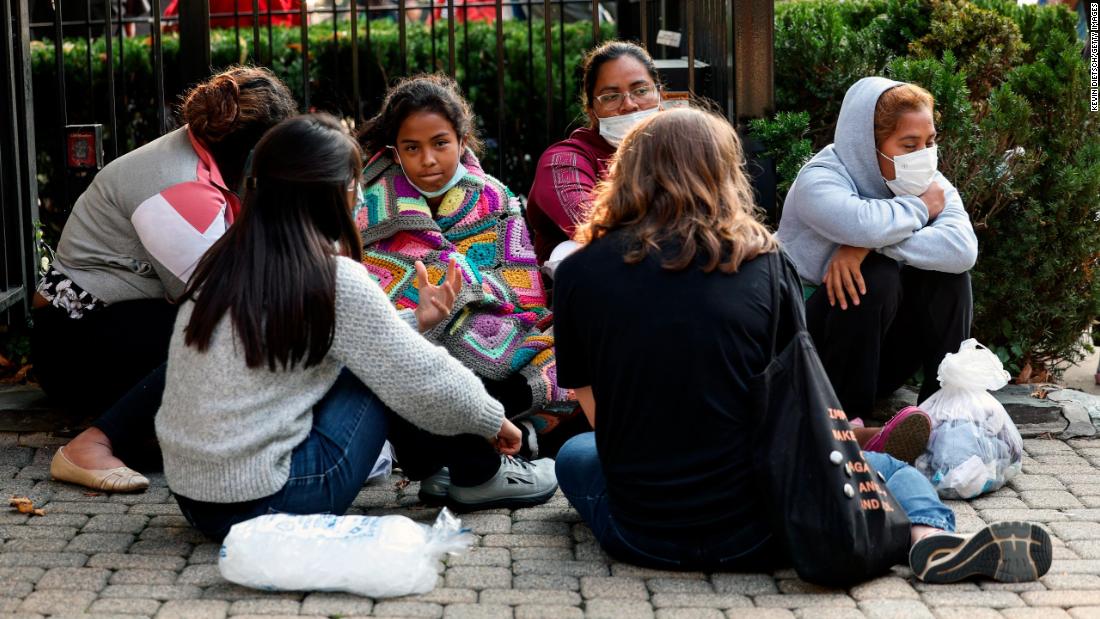 Texas Gov. Greg Abbott, who has been busing migrants to the nation’s capital to protest the Biden administration’s immigration policies, said Thursday in a tweet that his state intentionally sent the buses to Vice President Kamala Harris’ residence.

Buses carrying migrants from Texas usually have been dropping passengers off around Washington’s Union Station. Volunteers were prepared to receive a bus Thursday at the station but learned that the buses went to the Naval Observatory instead, volunteers said.

Thursday’s passengers included families and young men. Around 70% to 80% of the migrants are from Venezuela, according to volunteers. They had a few belongings in trash bags and some documents.

Some are trying to go to other places in the US, such as Chicago and New York, but on Thursday were waiting to be picked up and taken to receive help, volunteers said.

SAMU First Response, one of the groups helping migrants in Washington, was not provided a heads up, according to the group’s managing director, Tatiana Laborde.

Abbott started busing migrants to the nation’s capital in April; Arizona followed suit, and the two states have since sent thousands of migrants to Washington. Abbott has expanded Texas’ effort to include New York City and Chicago.
And Florida Gov. Ron DeSantis this week claimed credit for sending two planes carrying migrants to Martha’s Vineyard in Massachusetts.
Washington’s Mayor Muriel Bowser last week declared a public health emergency because of Texas’ and Arizona’s moves — in a bid to help officials mobilize resources faster. She announced a new government office that would provide basic needs to arriving migrants, including meals, transportation, urgent medical care, and transportation to connect people to resettlement services.
Browser last week also criticized Abbott and Arizona Gov. Doug Ducey for their actions, saying they were creating a “growing humanitarian crisis.”

“VP Harris claims our border is ‘secure’ & denies the crisis,” the governor tweeted. “We’re sending migrants to her backyard to call on the Biden Administration to do its job & secure the border.”

US grapples with uptick in Venezuelan migrants

Migrants who are released from government custody are allowed to move about the United States as they go through their immigration proceedings. The US has been grappling with an uptick of Venezuelan migrants who have fled a deteriorating situation in that country in large numbers.

Frosty relations between the US and Venezuela keeps the US from deporting certain people. Many Venezuelan migrants are also seeking asylum upon arriving in the US.

Two medical situations involving Thursday’s passengers were reported: a diabetic who had not refrigerated his insulin in at least 40 hours, and a person with a rash believed to have come from crossing the Rio Grande, which separates Texas and Mexico, volunteers said.