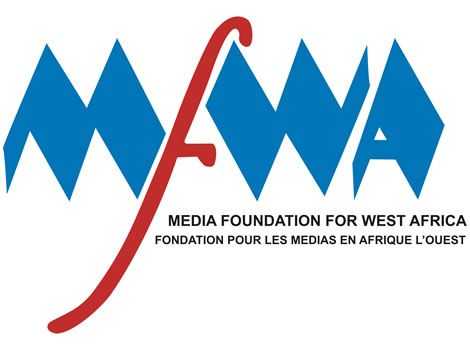 
The Media Foundation for West Africa (MFWA) has called for the implementation of institutional support systems for journalists in the country to improve their safety.

The Foundation said there was an urgent need for media organisations to implement institutional supports and interventions like insurance packages to enhance the safety of journalists in the country.

This was contained in a report on a study conducted by the Foundation on Media Professionalism and Safety of Journalists, Policies and Practices in Newsrooms in the Country.

Mr Kwaku Krobea Asante, Programme Officer, MFWA, presenting the findings of the study at a forum organised by the Foundation in Accra noted that a number of media organisations did not have institutional support for the safety of journalists.

He attributed the frequency of violations against journalists to the absence of safety policies and lack of consciousness on the part of media organisations to ensure the promotion of the safety of their journalists.

He said out of the 40 media houses sampled across the 16 regions, only 15 had some semblance of safety for journalists, with only five out of the 15 having insurance packages, while a few had manuals on safety,  which contained only a sentence or two.

Mr Asante said, “four out of five journalists on the field relied on their understanding of the job, friends and the use of their ‘head’ or intuition when confronted with safety issues, while the other journalists spread across 11 media houses said they followed the safety protocols of their organisations.”

He said the study also revealed that the security agencies were the dominant perpetrators of violence against journalists, followed by political party affiliates, saying “the people who are supposed to provide security or protection for journalists are actually those leading in perpetrating violence against them.”

On the issue of professionalism, Mr Asante said after a year of monitoring some 26 media organisations, his outfit observed some ethical infractions, with local radio stations being the worst offenders.

“Although the print media also used misleading headlines, obscene photos and allowed invectives in the comment sections of their news websites, they were a bit careful and appeared more professional in their practice,” he added.

The report called on government to promote the safety and protection of journalists and urged media regulatory bodies and associations to play active roles in ensuring the implementation of safety policies in newsrooms, including insurance packages.

It also appealed to media owners to build the capacity of journalists and presenters on best practices, adding that there must be concerted efforts among media stakeholders to ensure that practitioners adhere to ethical standards.

Madam Fatimatu Abubakar, Deputy Minister of Information, noted that there was a need for collective efforts to address the issue of safety of journalists.

“..  Collective efforts in terms of educating our Ghanaian populace, and empowering practitioners to come forward with some of these issues and for the institutions that are responsible for regulation to also have the opportunity to investigate, validate and reach out to various stakeholders.”

Madam Abubakar said the biggest threat to the practice of the journalism profession had to do with losing public trust and confidence.

“In recent times with the digital revolution, a lot of people mimic what journalists do, but these individuals do not even wish to be identified as journalists. So, it is important for us to distinguish between journalists and those who produce content but are not journalists.”

He said the NMC was soliciting views to develop guidelines on the safety of journalists, which would be based on the UNESCO guidelines and called for support of all.