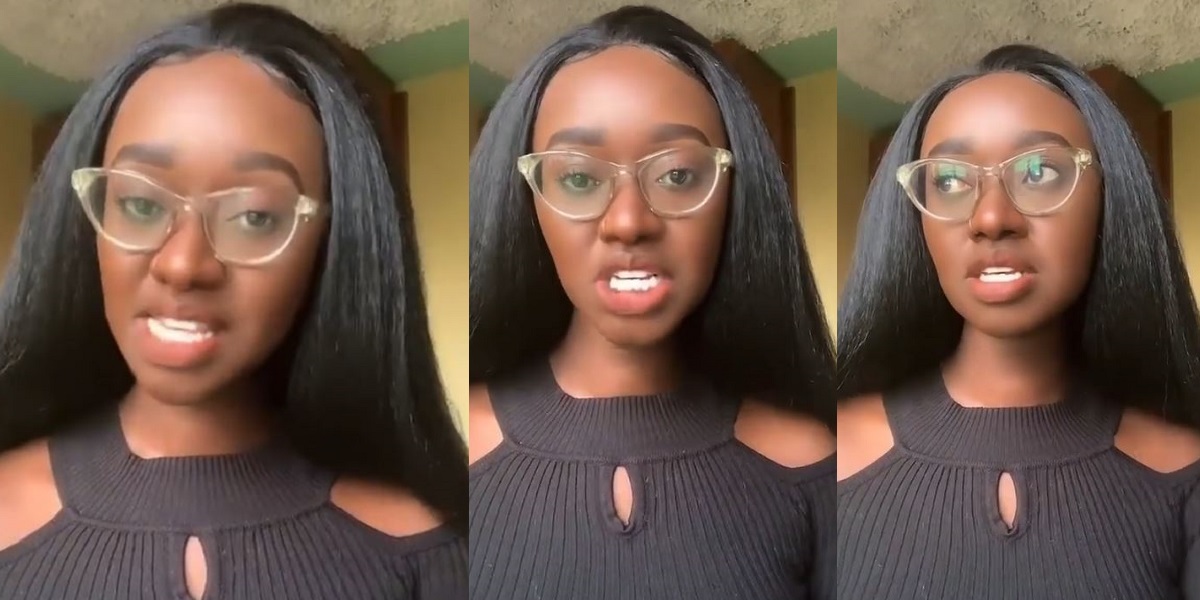 
A young lady has taken to social media to cry out that she and other virgins are being marginalized because of their resolve to keep their chastity.

The lady, identified as @Peacelois, in a now viral video, disclosed that she is a virgin, and she decided to go public with her status after realizing that virgins are marginalized in society.

According to her, virginity used to be the standard, and it is disheartening that it is no longer being appreciated by society, and men no longer want to marry virgins.

She said virgins should be honored and revered for keeping themselves pure for their husbands.

She went on to tell men that virgins still exist and that they should also look in their direction when searching for a wife.

“I’m a virgin, that feels too good to say and the reason I’m coming out is because I’ve realised that we are the marginalized in the society. We used to be the standard but right now you cant find a single man who says they want to marry a virgin. I don’t understand how that changed but I believe we deserve to be recognized, we deserve to be respected because we’ve kept ourselves pure for the men”. She said in part.