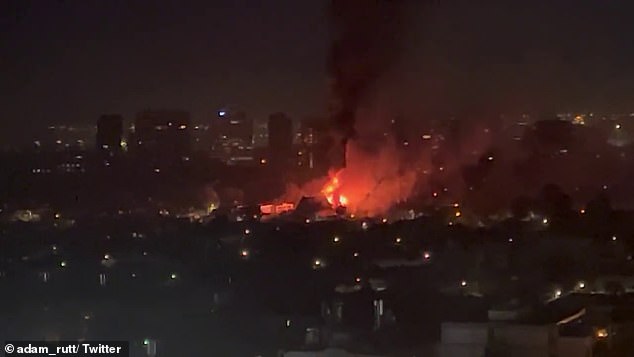 A massive fire has erupted at a building in the Melbourne suburb of South Yarra.

Early reports suggesting potentially a school involved. That has not been confirmed.

There are dozens of firefighters at the scene right now to try and control the blaze and try to stop it spreading not just to nearby buildings at that school but also to neighbouring houses.

The fire has caused major delays along Chapel Street.

There have been reports of flames of up to 10metres.