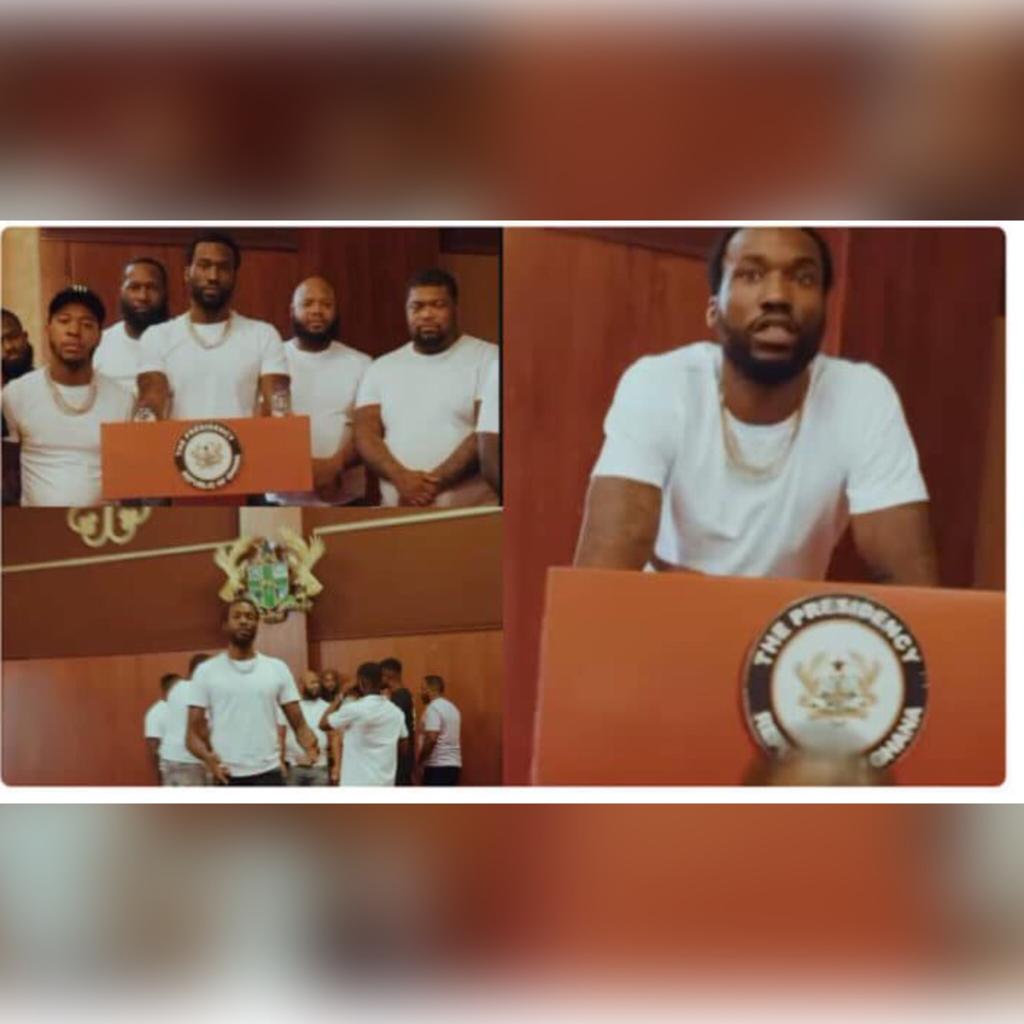 
On late Sunday, January 8, 2023; celebrated American rapper , Meek Mill posted an Instagram reel announcing that he was set to release a new track.

It turns out that portions of the said video were shot in and around the Jubilee House during his visit.

Meek Mill is seen in different places at the presidency, from the frontage, through the main corridors, in the main conference hall – at a point positioned behind the presidential lectern – and later in a sitting area rapping.

The American rapper  was one of the guests at the Afro Nation concert in Ghana over the Christmas holidays.

Some of the major highlights of his time in Ghana were a rough riding power bike session, claims of his phone having been pickpocketed at an event, fighting off hoodlums before getting on stage to perform and meeting with the president at Jubilee House.