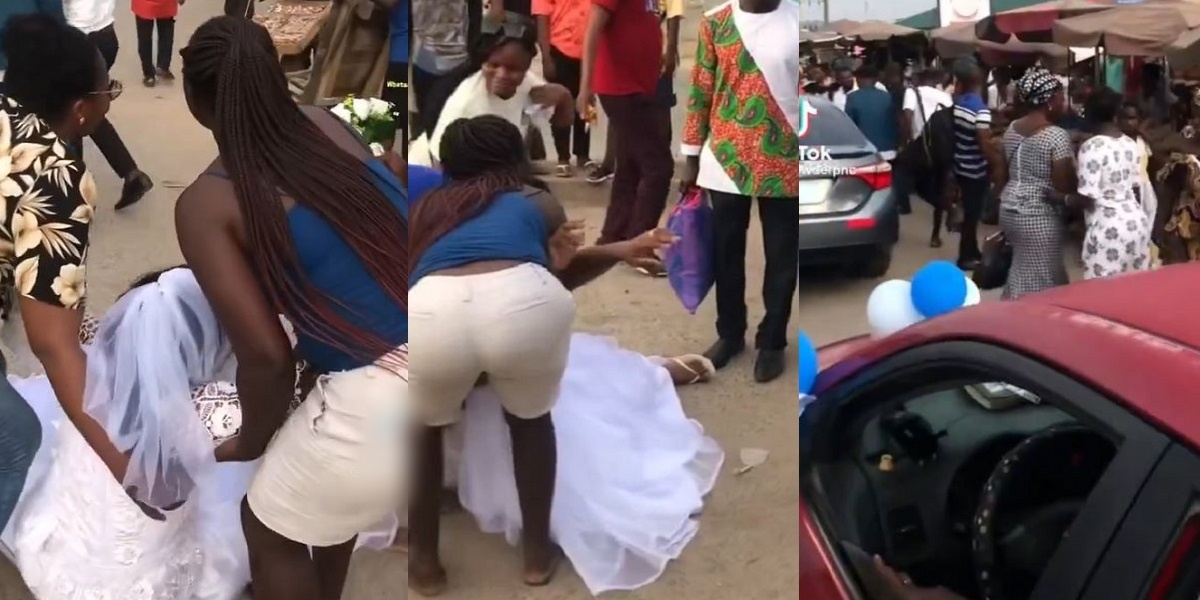 
A video of a bride in her wedding dress crying profusely after her husband reportedly ended things with her moments after they took their marital vows is making the rounds online.

In the viral video, the couple, who were still dressed in their wedding attire, were said to be returning from church when the groom suddenly said he was ending their barely 12-hour marriage.

While it’s unclear why he dumped his wife, the jilted bride can be seen weeping and rolling on the ground, not minding her white dress.

Passersby who had gathered to watch the drama tried to console the bride and begged the husband to reconsider his decision.

In other news, a Nigerian woman identified as Chidera Ochuagu has taken to Twitter to accuse men who come from abroad to pick up women to marry of being misogynistic, abusive creeps.

Chidera claimed they knew better than to carry out their abusive pattern with women abroad so they brought it home instead.

According to her, men only came back home to marry women here because they wanted women who could accept their horrible behaviors without batting an eyelid.

“Men who leave their countries of residence and go to other countries specifically to find a woman to marry are creeps, abusers, and highly misogynistic. You can say that about Nigerian men who live abroad coming back to their village or villages in Nigeria to find a wife because the women in the UK or Germany Or America are “too eye open”. Those men are abusers and creeps and they have NOTHING but hate and violence to offer women”