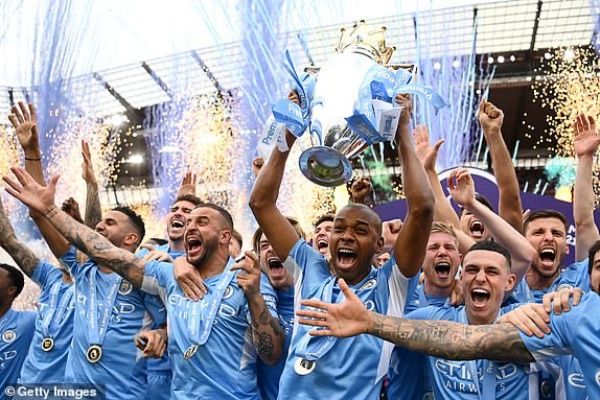 
Manchester City lead the way among Europe’s big leagues in having the most expensively assembled starting XI across the campaign so far.

The Premier League champions have so far averaged a starting XI costing around £560m in a CIES study based on fixtures played up to October 26, in a top six that is largely dominated by clubs from England.

Given their relative financial muscle, City have tended to steer away from paying headline grabbing fees on major stars, with the exception of Jack Grealish’s £100m move from Aston Villa last year.

Yet they are way ahead of any of their European rivals when it comes to fielding a costly starting XI, with Paris Saint-Germain closest to them with a team costing around £121m cheaper at £439m – although much of that is made up of the world record £198m paid for Neymar and the second largest fee ever paid of £163m for Kylian Mbappe.

City’s local rivals Manchester United complete the top three at £413m, bumped up by the £200million spent on transfers during the summer as part of Erik ten Hag’s revolution on new first-team stars including Antony at £86million, Casemiro at around £70m from Real Madrid while Lisandro Martinez arrived as a centre-back from Ajax at £51m.