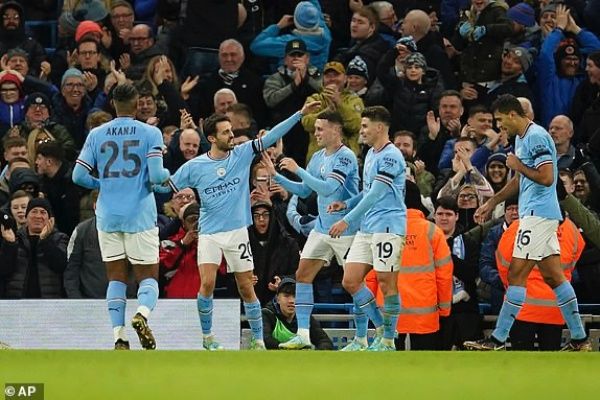 
Manchester City waltzed into the fourth round of the FA Cup with a simple victory over a dire Chelsea on Sunday.

In a game that started slowly, Riyad Mahrez fired the game into life with a neat free kick in the 23rd minute, which, via a Conor Gallagher deflection, found the top corner.

World Cup winner Julian Alvarez then made it 2-0 from the penalty spot after a bizarre Kai Havertz handball, before Phil Foden capped off a neat team move to make it 3-0 after 38 minutes.

Mahrez then added a second from the spot in the second half when Kalidou Koulibaly wiped out Foden.

Chelsea were booed off the pitch at both half and full time, and manager Graham Potter was left with more questions that answers following the game. City, meanwhile, will face Oxford or Arsenal in the next round.