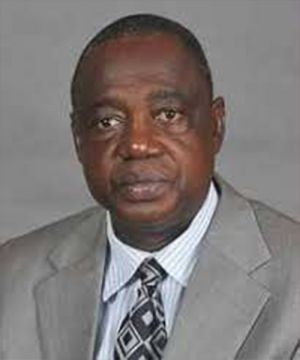 
FORMER NDC Member of Parliament (MP) for Nandom, Dr. Benjamin Kumbuor, has said the endorsement of ex-President John Dramani Mahama as the preferred flagbearer for the party in the 2024 general election, should not stop other aspirants from contesting that position.

He wants others with interest in the race to be given the opportunity to go about their consultation and campaigns for the party’s primary, which will determine the presidential candidate of the NDC.

So far, some NDC members, including former Minister of Finance, Dr. Kwabena Duffuor, and former Kumasi Mayor, Kojo Bonsu, have declared their interest to lead the NDC, but there appears to be attempts to stop them.

Recently, a member of Dr. Kwabena Duffuor’s Ahotor Project Team, Yaw Boateng Gyan, accused the NDC National Chairman, Samuel Ofosu Ampofo, of sabotage by calling off the re-launch of the aspirant’s Ahotor Project that was scheduled to come on at the party’s headquarters in Accra.

According to him, all was set for the event at the NDC headquarters when the National Chairman, through the National Communications Officer, Sammy Gyamfi, called to inform him that the party had put on hold the relaunch of the project.

Speaking on TV3 at the weekend, Dr. Kumbuor, who believes that such developments are undemocratic, called on those supporting the former President not to stifle other interest groups in the party.

“I think that everybody, in a democracy, is entitled to his views. As to whether that view is right or wrong, it is another matter,” he stated.

According to him, people expressing the view that Mr. Mahama ought to go unopposed are doing so because he is their preferred choice and not necessarily what is on the grounds.

“People need to look at John Mahama’s candidature in a completely different context. He has been a Vice President before, he has been a President before. Currently, he is a former President, so his stature looks different from all other entrants who might be coming, and particularly the media, will definitely be more interested in him because, they have interacted with him,” he added.

The former Defence Minister said ex-President Mahama’s name comes out prominently because of his exposure, but indicated, “I am not sure as a matter of politics with the NDC that this prevents any other person in a democratic competitive election from coming up and expressing what they can bring to the table.

“So let us not look at what individuals are saying; they are entitled to their own opinions but the facts are out there for everybody to have his view.”