Magistrate under fire for declaring a domestic violence case a ‘travesty of justice’, Beenleigh, Qld 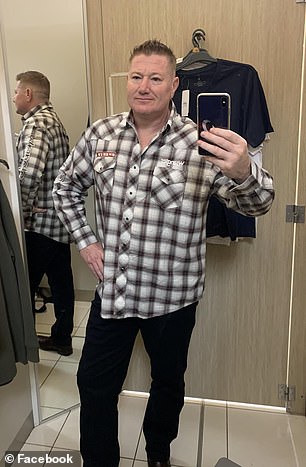 A top magistrate is in hot water after calling a domestic violence case a ‘travesty of justice’ and saying the victim’s ‘cheating wife’ should be on trial after she threw a ‘Troy is in jail’ party at her ex-husband’s house.

Matheson was due to be sentenced by Magistrate Ronald Kilner on September 20, but Mr Kilner refused and instead adjourned the matter until December 5.

He then spectacularly blamed Matheson’s abusive behaviour on his ex-wife’s infidelity, while the mother-of-two sat at the back of the courtroom.

‘I wonder who should be in the dock, the aggrieved or Mr Matheson,’ Magistrate Kilner told the court in September, according to The Courier-Mail.

‘Quite frankly I think this is a travesty of justice, surely this is not what our system is about.

‘His wife goes to cheat and break up a family, he tries to restore the family and is punished further.’

The court previously heard Matheson’s ex-wife threw a ‘Troy is in jail’ party at his house after he was arrested on June 3, following the tyre-slashing incident.

Magistrate Kilner went on to say he was ‘appalled’ by the matter and called for further investigation.

‘I don’t condone the wilful damage but I think there may have been significant provocation,’ he told the court.

He then granted Matheson bail, despite previous warnings by Magistrate Pamela Dowse that he was mentally unstable and that his victim was ‘very fearful’.

A recusal application was scheduled for November 22, which means he could be removed from the matter altogether.

Until then, he has been stood down from all matters in Beenleigh Magistrate’s Court.

Magistrate Kilner retired in 2015 but returned to the bench as an acting magistrate in 2018.

During his retirement speech, he described domestic violence as a blight on the modern community.

However, he claimed many people who brought court actions were just trying to control over their former partner, or gain an advantage in family court.

‘Increasingly, what was intended as a mechanism to keep the peace between parties who could not live in harmony together has become a weapon in the hands of an aggrieved,’ he said.

‘The balance needs to be restored to give domestic violence laws the clout they need to assist in reducing this blight upon our community.’