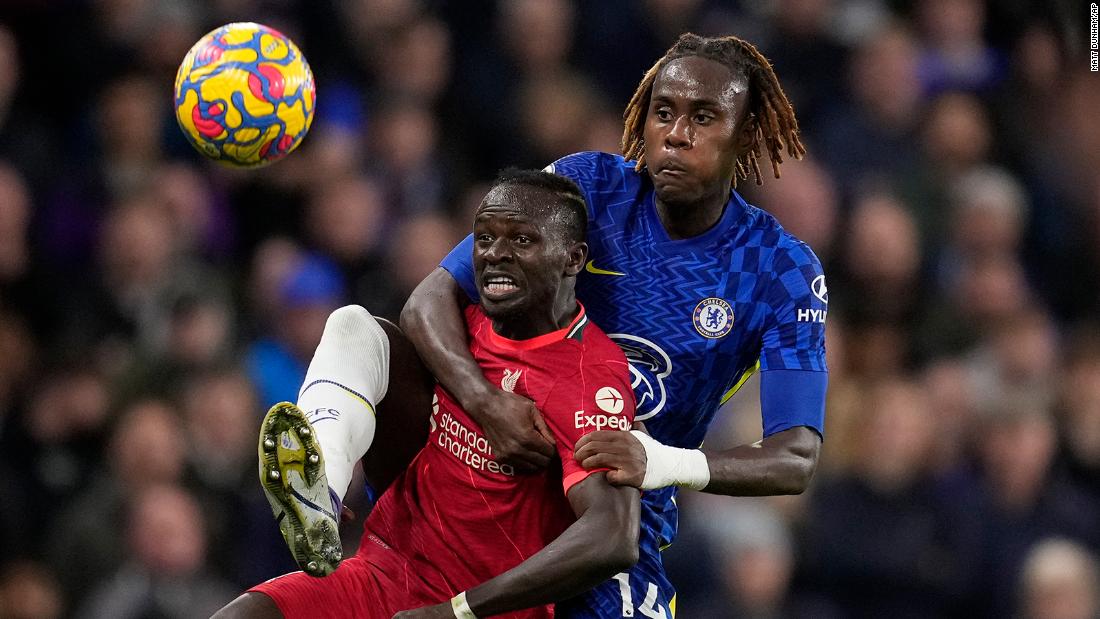 All four goals came in a frenetic first half, with Sadio Mane capitalizing on Trevoh Chalobah’s error and Mo Salah extending Liverpool’s lead with a sublime finish.

Chelsea stormed back into the game thanks to Mateo Kovačić’s stunning volley and then Christian Pulisic thumped the ball home after he was set free by N’Golo Kanté’s pass.

The second half was equally frenetic with both teams having chances to win the game. Édouard Mendy brilliantly saved Salah’s long-range chip, while Caoimhín Kelleher reacted sharply to block a close-range Pulisic effort.

The draw left second-placed Chelsea 10 points behind Premier League leader Manchester City, with Liverpool a point further back having played a game less than both their title rivals.
Chelsea manager Thomas Tuchel had left striker Romelu Lukaku out of his squad for Sunday’s match after the Belgian international revealed last week that he was unhappy with the current situation at the club and expressed his desire to one day return to former team Inter Milan.

“The thing got too big and too noisy close to the match so I decided to protect the preparation of the match and that is why he is out,” Tuchel told Sky Sports before Sunday’s match kicked off.

“Of course we have spoken, twice. I have spoken to the main players then we had to realise it is too close to the match. It is too big. We delayed the decision and while we are doing that we have to protect the preparation of the match.”

Mane was booked in the game’s first minute after his flailing arm caught Cesar Azpilicueta in the face, though the Chelsea captain said Liverpool’s Senegalese forward should have been sent off.

“I don’t mind if it is five seconds into the game … it is a red,” Azpilicueta told Sky Sports. “I don’t understand, we have had these kind of decisions the other day. It is a clear red card. We are getting these decisions against us and it can change the way of the game.

“I watched the replay but I didn’t need this because live I knew it was a red.

“We had to fight our way back,” Azpilicueta. “We left everything on the pitch but it was not enough.”

“Both teams had their moments. When they were 2-0 up they think they have a clear chance to score a third and maybe that could kill the game but after that we played well.”

“It is never boring with us. Incredible intensity from the start with both teams. We would have wanted more control, we had so many good counterattacks but it was just missing the last pass,” Lijnders told Sky Sports.