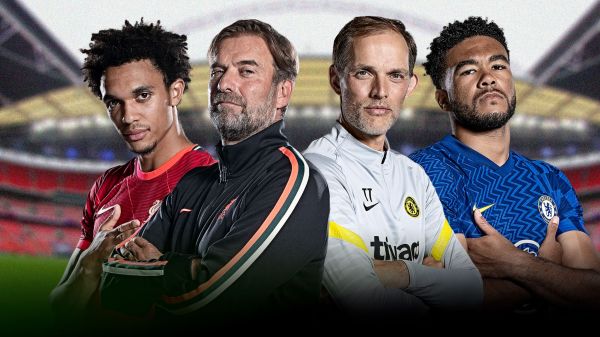 
It took 22 penalties to separate Liverpool and Chelsea in February’s Carabao Cup final.

After an enthralling contest at Wembley ended goalless, Kepa Arrizabalaga, sent on as a substitute in the final minute of extra-time, fatefully skied the decisive spot-kick in the shootout.

Liverpool and Chelsea are now braced to meet again as they become the first two sides to contest both the League and FA Cup finals in the same season since Arsenal and Sheffield Wednesday in 1992/93.

It is a thrilling prospect and recent history suggests it will be close.

Before their last Wembley meeting in February, there were pulsating draws in the Premier League, with Chelsea holding on for a 1-1 draw at Anfield after Reece James’s red card, then coming from two goals down to draw 2-2 at Stamford Bridge.

Will the two sides go the distance again on Saturday?

Here, we look at where the 150th FA Cup final could be won and lost as Liverpool bid to claim their second trophy of the season and Chelsea aim to end their lingering hopes of winning a quadruple.