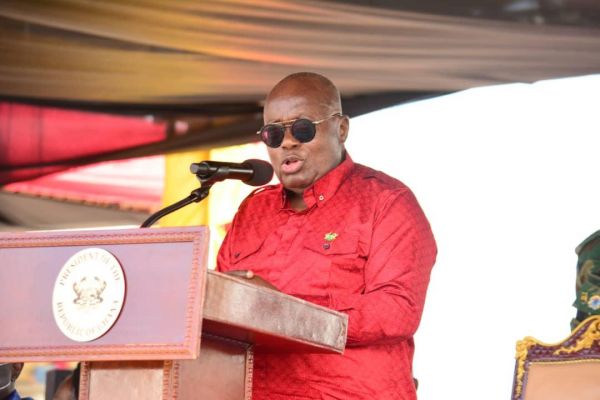 
A senior Lecturer at the Department of Political Science of the University of Ghana, Dr Seidu Alidu, has called for a review of the powers of the President in appointing persons to critical positions.

He mentioned positions such as the Chief Justice, the Inspector General of Police (IGP), the Chief of the Defence Staff, the Auditor-General, the chairperson of the Electoral Commission and other sensitive state democratic institutions that were able to facilitate and regulate the democratic process.

Speaking in an interview with the Daily Graphic, Dr Alidu explained that some of those positions were critical to “counter-check or counter-balance” the power of the Executive, but that power was often undermined by the appointing authority — the Executive.

“So such a power makes these organs that were supposed to be equal or checking the power of the Executive to become subservient to the Executive and that is what we need to look at. The appointment of the Chief of the Defence Staff (CDS), the appointment of the IGP, the Comptroller-General of the Ghana Immigration Service and the Chief Fire Officer of the Ghana National Fire Service, among other positions, are very important to maintaining the security of the state,” he said.

In this situation, Dr Alidu said both military and the police could not take conclusive decisions in most cases because of political interference since the leadership of those institutions were appointed by the Executive.

That, he added, tended to undermine the independence of those institutions and their heads to act in a way that made their work exemplary.

On the way forward, Dr Alidu said the country could find a way where the police would be able to have a way of electing an IGP from the police and that the same should apply to the military, so that the appointment from the presidency or Executive arm of government would be very minimal.

In that case, he said, they (security heads) would exercise their authority by the dictates of the Constitution and not for the person who appointed them.

Touching on the hung Parliament, Dr Alidu said it had tested the strength of the 1992 Constitution, which calls for a second look.

He cited the constitutional provision that required that majority of ministers be taken from the Legislature, saying that it had greatly undermined the quality of the legislative arm of government.

He said the very smart legislatures were the same people the Executive arm of government would poach into ministerial and deputy ministerial positions.

In addition, he said some other legislative members were appointed to state boards, among other institutions.