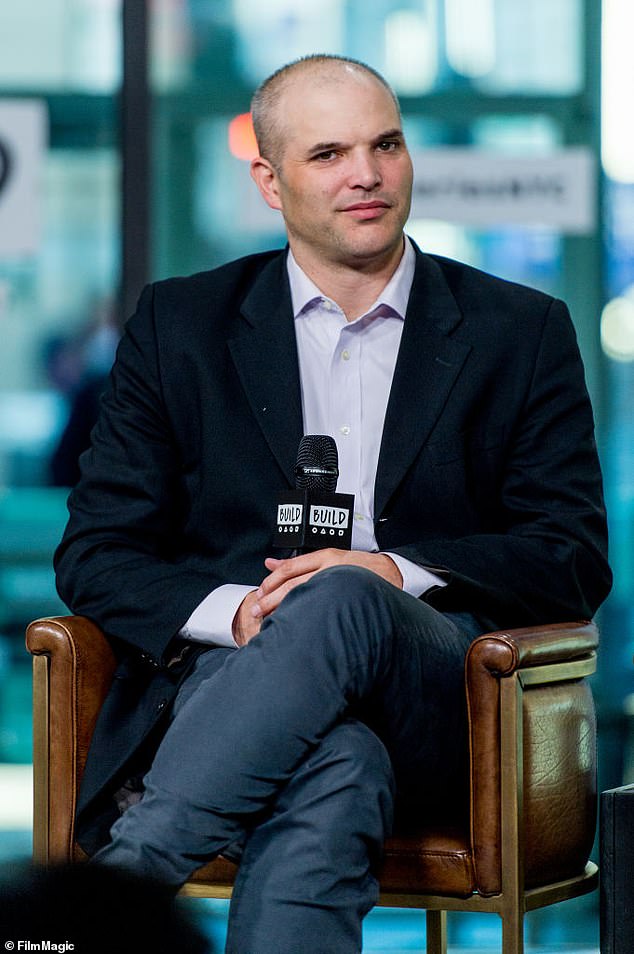 Musk, the billionaire owner of Twitter, gave Taibbi access to the documents, which he began to publish excerpts of on the social media site on Friday evening.

Taibbi, a podcaster and former Rolling Stone correspondent, came under heavy criticism from top journalists at NBC News, MSNBC, the Daily Beast, and elsewhere, who accused him of doing ‘PR work’ and committing journalistic malfeasance.

Matt Taibbi, a podcaster and former Rolling Stone correspondent, came under heavy criticism from top journalists at NBC News, MSNBC, the Daily Beast, and elsewhere over his publication of files relating to Twitter’s censorship of the Hunter Biden laptop story

NBC News reporters Ben Collins and Brandy Zadrozny were among those who criticized Taibbi’s work, calling it ‘PR work’ and ‘really bad reporting’

‘Should be a cautionary tale for everyone. Selling your soul for the richest white nationalist on Earth. Well, he’ll eat well for the rest of his life I guess. But is it worth it?,’ he added.

NBC News Senior Reporter Ben Collins wrote: ‘Imagine throwing it all away to do PR work for the richest person in the world. Humiliating s**t.’

Mehdi Hasan, the MSNBC host, had a similar criticism, tweeting: ‘Imagine volunteering to do online PR work for the world’s richest man on a Friday night, in service of nakedly and cynically right-wing narratives, and then pretending you’re speaking truth to power.’

Zadrozny pointed specifically to Taibbi’s conclusion that Democrats had ‘more channels’ to lobby Twitter employees for content moderation than Republicans, because the staff’s political donations overwhelmingly went to Democrats.

‘To leap to political contributions as the reason the right was more often reported for rule breaking is just bad reasoning and really bad reporting. Good thing this guy doesn’t have an editor,’ tweeted Zadrozny.

One widespread criticism of Taibbi’s report centered on a list of tweets that were apparently deleted at the behest of Biden’s campaign, which Taibbi failed to reveal showed nude photos of Hunter, in violation of Twitter’s own policies.

Taibbi could not immediately be reached for comment on Saturday.

On the other side, prominent journalist Glenn Greenwald, who is frequently critical of the mainstream media, praised the files as ‘extraordinary documents’ that show ‘the extreme pressure and collusion between liberal Twitter execs and Dem Party leaders to censor reporting on Biden.’

Greenwald slammed journalists who criticized Taibbi’s release as ‘the little employees of media corporations who don’t do any reporting – just tattling on powerless citizens to get them censored.’

‘The reason these people insist Taibbi’s story is trivial is they will not and cannot recognize any scandalous or improper behavior by leading Dem politicians. Ask them to name any. Any critique of leading Dems is automatically, to them, a fraud, a ‘nothingburger,” wrote Greenwald.

‘The whole sleazy, in-group liberal gang from NBC, Daily Beast, etc — all the censorship advocates who think censorship advocacy is somehow compatible with journalism — are furious that the the acts of their Dem Party allies in getting the Biden story censored are being exposed,’ he also tweeted.

Musk also criticized the way much of the media covered of the files.

‘Rather than admit they lied to the public they’re trying to pretend this is a nothingburger,’ he said. ‘Shame on them.’