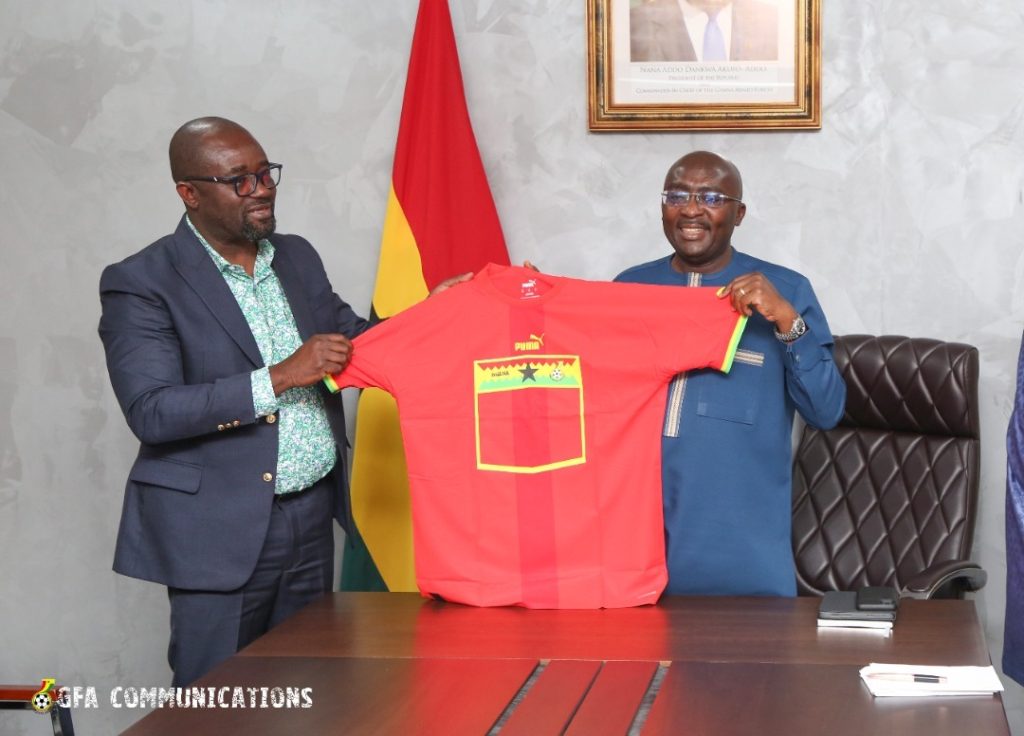 
Despite going into the 2022 World Cup as the lowest-ranked side, Ghana’s Black Stars can make a significant impact at the tournament, Vice President Mahamudu Bawumia has said.

The Stars kick off their World Cup campaign on Thursday against Portugal, in a rematch of their last World Cup game back in 2014.

Ghana will also take on South Korea and Uruguay, in what has been described as the toughest group in the competition.

The dominant performance in their 2-0 win over Switzerland in a recent friendly has raised the hopes of Ghanaian fans that the Stars might yet have a say in Qatar.

In a video posted on social media, Dr. Bawumia expressed his optimism ahead of the start of Ghana’s campaign, insisting that the talented squad has enough quality to compete at the World Cup.

“The moment has come for the Black Stars to take on the world. We have a group of talented players who have been selected and they cannot be intimidated by anyone. I want to urge the Black Stars to go on play their hearts out for Mother Ghana,” he said.

The Vice President urged the team to “play their hearts out”, stating that despite the doubts about the team, they can replicate the performances of Ghana’s previous sides at the World Cup.

“We can stun the world, we have done it before and we can do it again. They should go out and emulate the historic deeds of their predecessors. God bless you all. We can do it. Go Ghana Go! Go Black Stars go,” he said.

Ghana’s best performance at the World Cup, a quarter-final appearance in 2010 followed a Round of 16 berth in their first-ever tournament in 2006.