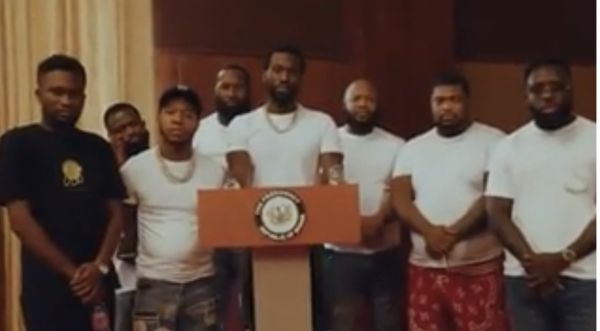 
There is a need for consensus when both sides are guilty.

Sometimes, Nations bent the rules to promote tourism and we are all witnesses of what happened in Qatar where Islamic laws and Doctrines were bent to favour Ivana Knoll, the Ex-Miss Croatia Winner during the days of the World Cup.

Ivana Knoll’s racy and provocative outfits/dressing were taboo or forbidden in Qatar in accordance with Islamic laws, Culture and doctrines but she was allowed to use those outfits for the sake of Football Tourism.

Saudi Arabia reportedly set to bend its Islamic laws, culture and doctrines to allow Christiano Ronaldo to live with his partner Georgina Rodriguez, something which is totally forbidden for normal people to do in Saudi Arabia and across all Arab Countries. The Arab Nations have criminal laws that prohibit unmarried cohabitation.

As humans as we are, there is a need to also appreciate the side effects of Tourism as well, and the case of Meek Mill is not an exception though it was avoidable.

Name-calling and blaming President Akufo-Addo over the issue is inappropriate because the said Music Video by Meek Mill Does NOT contain the appearance of:

1. President Akufo-Addo in the video or showing any form of endorsement for the video.

2. Any Government official in the video or endorsing the video.

The “Year of Return” and “Beyond the Return” aimed at creating a unique platform to reclaim or reconnect with the African-Americans in Ghana would definitely come with some of these difficulties largely due to differences in Cultural identity.

Though our fellow African-Americans are Africans just like us Culturally we are not the same so please let’s forgive the Cultural Ignorance of Meek Mill.

Moving forward, measures should be put in place to prevent the repetition of such errors as much as we are trying to boost tourism in the Country.

There is a need for the Ghana Tourism Authority and organizers of the “Beyond the Return and Year of Return” to consider organizing orientation for African-American Citizens and other tourists when they arrive in the Country about the Do’s and don’ts, especially in the context of:

The “Year of Return” and “Beyond the Return” is a laudable initiatives to reposition Ghana on the global economic and tourism map.

The goal of the two aforementioned initiatives is to help African-American Citizens and other tourists to realize the VALUE of Ghana as a Tourist Destination, Potential Residency and Investments.

In 2019 alone when the “Year of Return” was implemented by Akufo-Addo’s Government, the initiative recorded US$ 3.312 billion in revenue to the Ghanaian economy.

Let’s not use this one mistake by Meek Mill to destroy and kill the laudable projects of “Year of Return and Beyond the Return”.