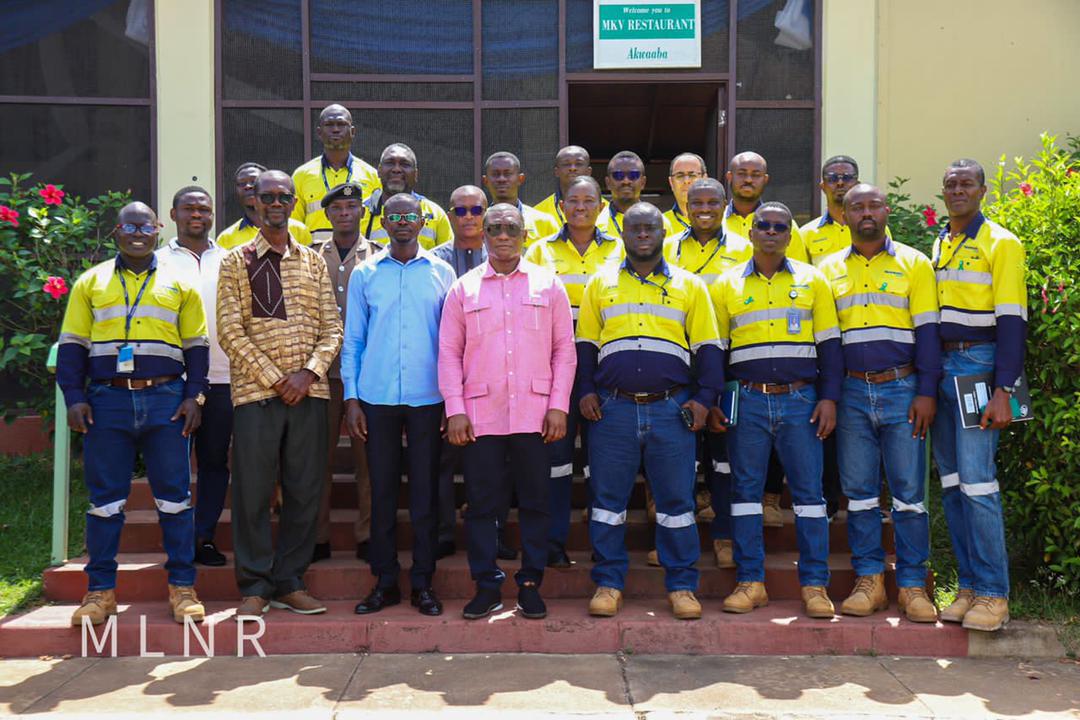 
The Deputy Minister for Lands and Natural Resources in charge of Mines, George Mireku Duker has made a passionate appeal to the youth of Kenyasi and the management as well as staff of Newmont Mining Limited to bury the hatchet and allow peace to prevail.

Mireku Duker said both the mining company and community owe each other a fiduciary duty and that it is imperative that calmness is restored for them to enjoy the full benefit of the relationship.

Addressing the community and the management at separate meetings on Friday, November 18, 2022, the Deputy Minister urged the two parties to employ dialogue as the means of settling their differences, warning that violence will only incur losses.

Detailing the purpose of his visit, Mr. Duker explained that he is on a fact-finding mission to uncover the remote and immediate causes that resulted in the chaos and will submit his findings to the sector minister, who will forward them to the security agencies for necessary actions to be taken.

While describing the incident that led to the death of one resident as unfortunate, Mr. Duker said the Ministry of Lands and Natural Resources will collaborate with the community, Newmont, and security agencies to ensure that whoever acted untowardly is dealt with and lasting peace is found.

Duker who visited the injured victims of the mayhem expressed the sympathies of the Sector Minister, Samuel A. Jinapor, and hoped that some useful lessons will be picked from the unfortunate incident.

He appealed to the traditional authorities to rally the youth and counsel them against violence and exercise restraints in their bid to strive for what they believe is due their community.

“On behalf of the government, I send my sincerest condolence and sympathies to everyone. The Police are investigating the issue and government will collaborate with them. We’ve visited those in the hospital and I will pass on the needed information to the relevant authorities to ensure that the right things are done.”

“I will urge you all to exercise restraint and be in the know that we are not overlooking the issue. The government is keenly following matters, and my presence here is to show that we are with you and concerned with all that is going on. Once again, my condolences to the family of the bereaved,” he said.

In his engagement with Newmont Mining Limited, Mr. Duker advised them to cooperate with the security agencies to restore calm and ensure the safety of their staff.

He disclosed the commitment of the government to creating an enabling environment for the company and other licensed mining companies to thrive.

Mr. Mireku Duker remarked that the management of the company should take steps to establish a harmonious relationship with the traditional authorities so as to facilitate its smooth operation in the area.

On behalf of the government, the Deputy Minister also visited the injured victims at the Hospital and expressed his warm felicitations whiles assuring them of a speedy recovery.