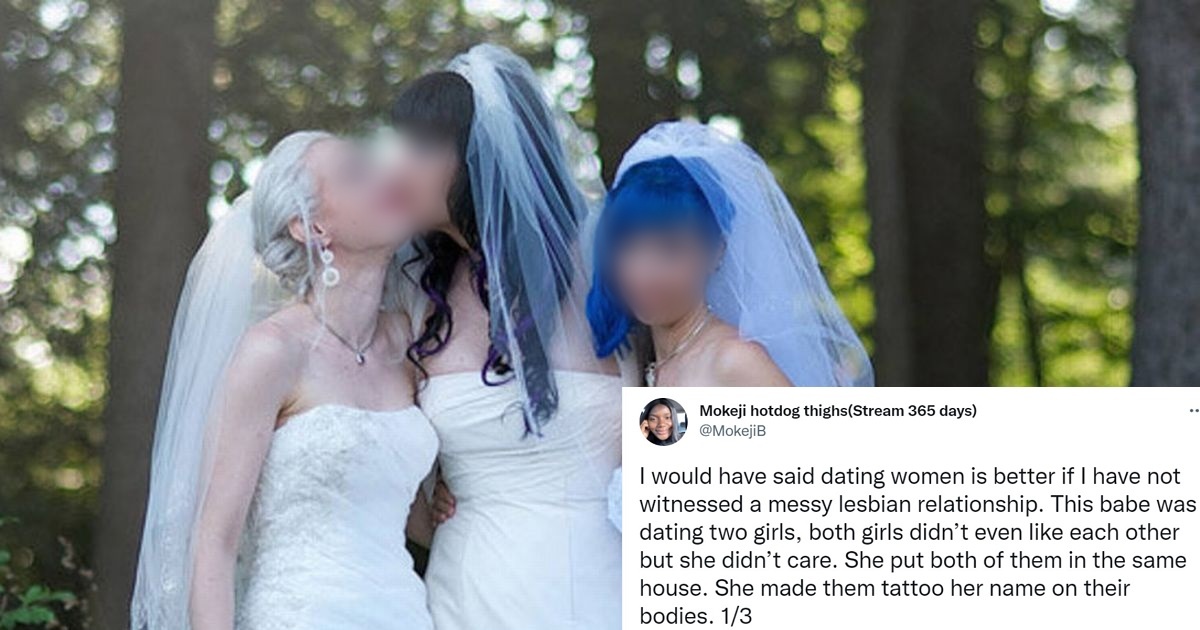 
A Nigerian lady has taken to Twitter to narrate the ordeal two lesbians went through in the hands of their mutual lover.

@MokejiB shared the story in reaction to a Twitter user who said she’s sorry for the type of men in the dating pool Nigerian women have to choose from.

According to her, she would have agreed that dating a fellow woman is better than dating a man if she had not witnessed an abusive lesbian relationship.

She said the alpha female in the polyamorous relationship brought in her two lesbian lovers to live with her and subjected them to physical and emotional abuses and was also cheating on them with other women.

“I would have said dating women is better if I have not witnessed a messy lesbian relationship. This babe was dating two girls, both girls didn’t even like each other but she didn’t care. She put both of them in the same house. She made them tattoo her name on their bodies.

She used to beat one steady. After beating her, she would make that one apologize calling her “my lord”. The second one thought she was special until she collected her own beating too. She beat her blue black. Another news? She was cheating on both of them with several others.

The day one of the babes said she wanted to go home, that was the day she chop her own beating. Started with a slap. The “husband” is very strong eh. She almost drilled a hole on her room door with her fist. How person wan take fight that one.”