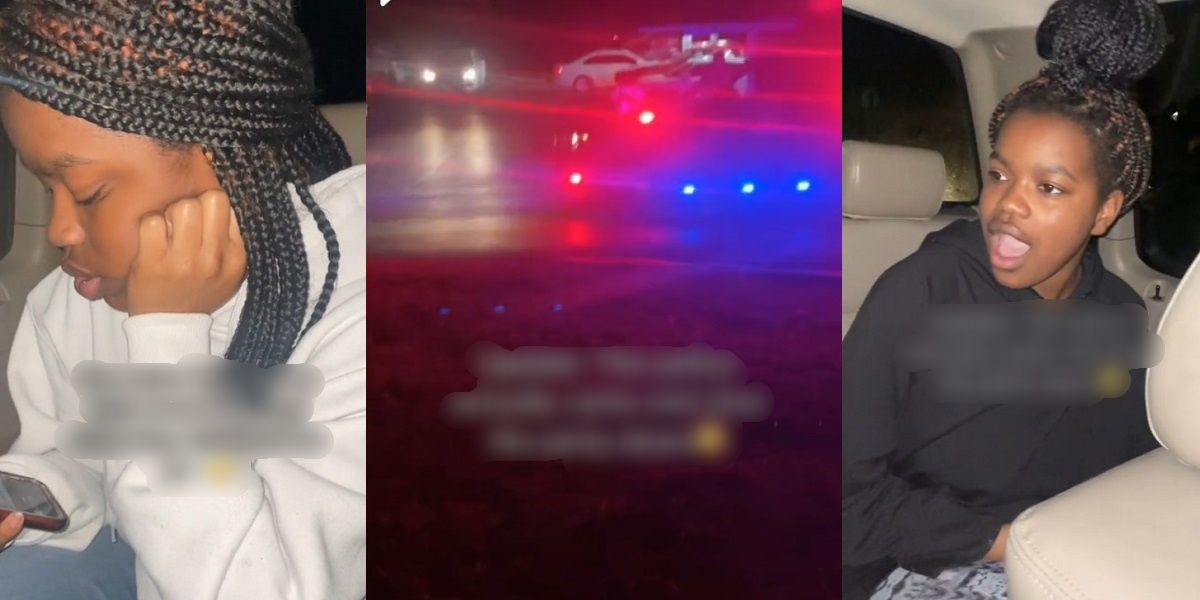 
A young lady has been dubbed as petty over the action she took after she was denied entry into a party recently.

In a video that’s trending on TikTok, the young lady is seen talking with the police and supposedly reporting the location where the party is being held. She’s seen in the backseat making a call while a couple of other guys who were in the same car, recorded her. The video was shared with the caption, “she called the cops to shut down the party since they didn’t let her in“.

In an update that follows on the account that shared the video, the police eventually came to the party location and shut down the party which was much to the surprise of everyone, including the lady who had made the report.

Watch the videos as you scroll,