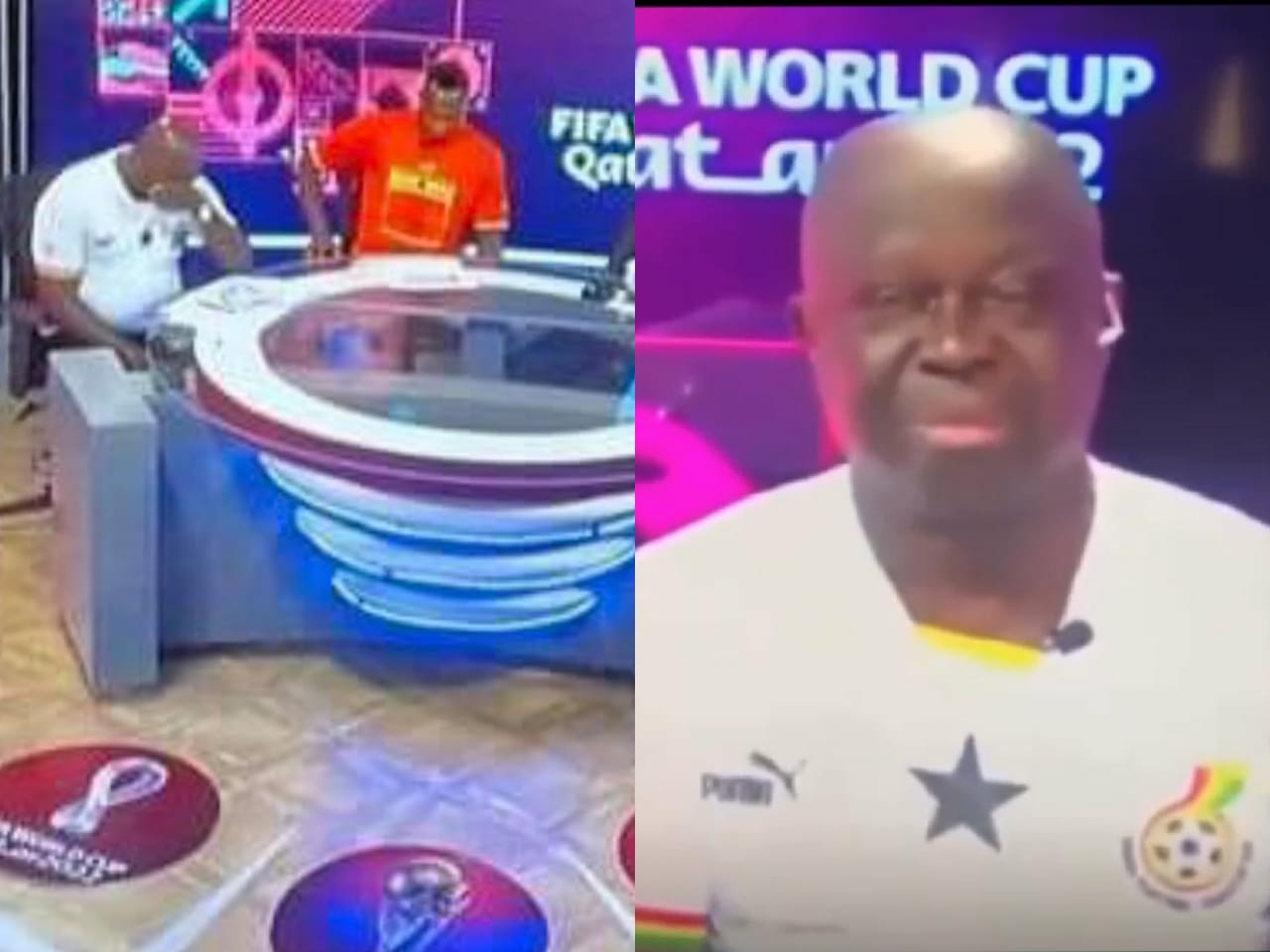 During pre-match discussions on the the nation’s broadcaster GTV, former Black Stars player, John Paintsil recalled the events of the Quarter final match between Ghana vs Uruguay in the South Africa World Cup in 2010.

Kwabena Yeboah broke down into tears in the middle of the discussions remembering what happened.

Ghana would have qualified to the semi-finals of the tournament and thus becoming the first African country to do so.

In the last minutes of the game, Uruguayan forward, Suarez denied the Ghanaian team a goal by catching the ball in the goal post.

Suarez was sent off by the referee but the subsequent penalty was missed by Asamoah Gyan. The game continued to penalties in which Ghana lost.

Ghanaian football fans thought their group H game versus Uruguay earlier today was an opportunity to revenge but the South American team got a better of their Ghanaian counterparts.

Ghana failed to break the jinx and missed a penalty which could have changed the game.

Although Portugal won the game, they also missed out on the next stage of the tournament with Ghana.