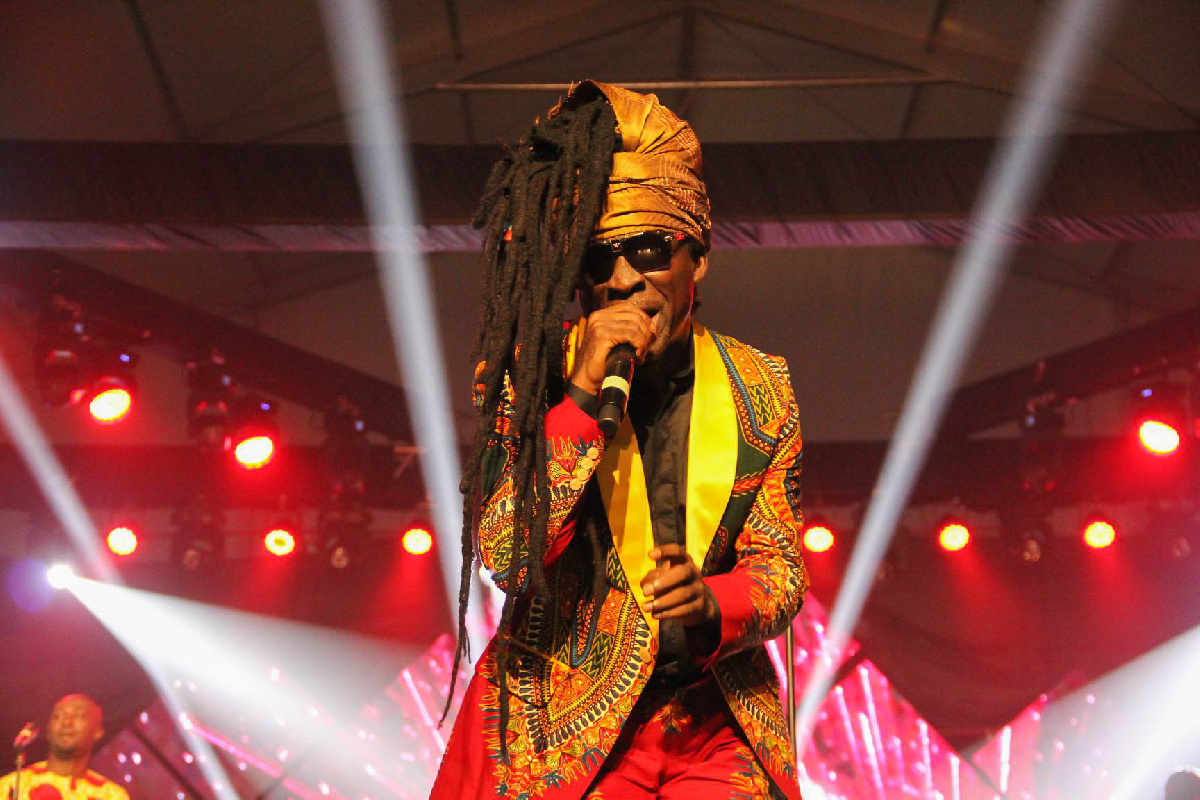 Kojo Antwi’s live band performance gets audience on their feet

Kojo Antwi shakes the Grand Arena with his stagecraft

Veteran artiste Kojo Antwi left no room for his colleagues when he brought some life to the ‘Legends Night’ event as two of his female dancers displayed energetic dance moves.

The event organised by Kab-Fam at the Grand Arena of the Accra International Conference Centre had audience screaming at the crazy dance moves which were accompanied by some acrobatic displays during Ghanaian highlife star, Kojo Antwi’s performance.

However, Daddy Lumba made some highlights with his looks as he appeared in box braids which came in a blonde hair extension and all-white sporty wear with white sneakers to match.

Performing on that night with the event along with Kojo Antwi were Daddy Lumba and Amakye who trilled the audience with their hit tunes.

Why I don’t collaborate just with any artiste