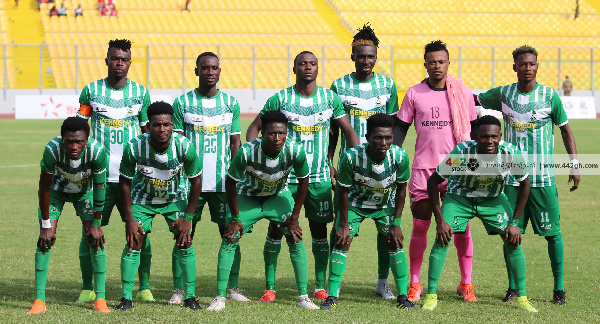 King Faisal stayed unbeaten at home as an impressive first-half performance saw them claim a 2-1 win against Bibiani Gold Stars.

The Kumasi-based side were 2-0 up before 38 minutes with goals from Ibrahim Osman and Zubairu Ibrahim.

And despite Gold Stars brave response as they halved the deficit minutes to halftime and played well in the second half, King Faisal managed to extend their home dominance.

Osman put the home side in front in the 21st minute with a superb finish before his namesake doubled the lead.

Godfred Kyei pulled one back for the away side who were determined to end their run of bad results away from home.

However, despite their spirited performance overall, they fell short once again. They have now failed to win in six away games with their best result being a draw.

King Faisal thanks to the win have reclaimed the top spot, having lost it briefly to Kotoko while Gold Stars remain 10th.