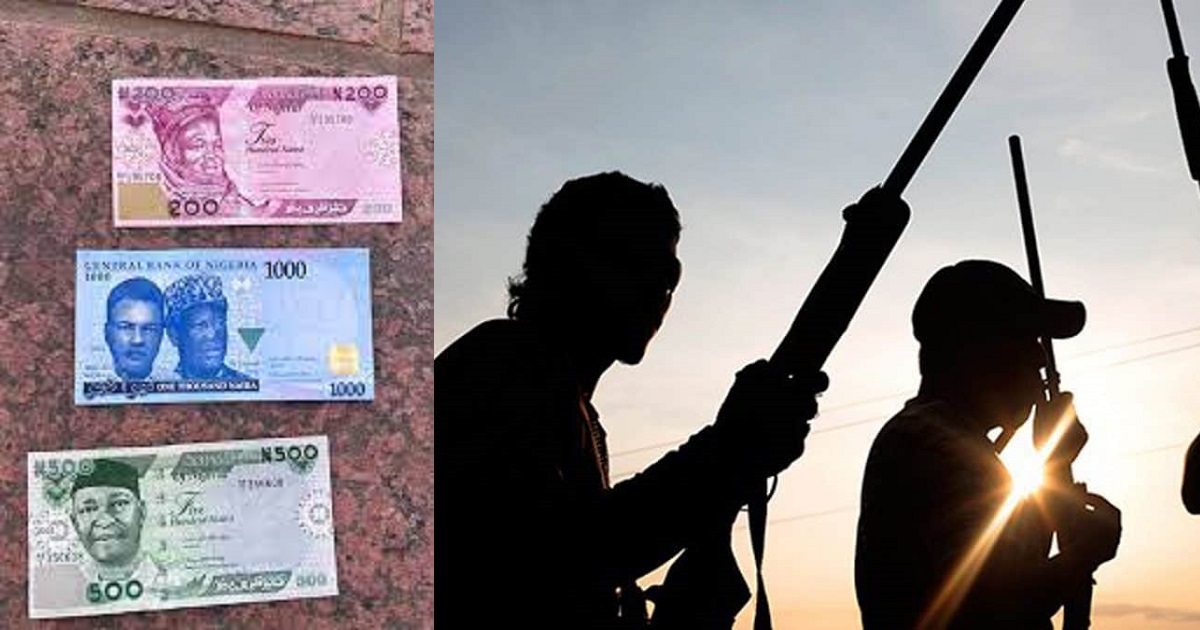 
In a bizzare report, Kidnapppers have demanded that ransom payment for four abducted people be made with newly designed naira notes.

In Kolo village, Gusau Local Government Area of Zamfara State, a man, a lady, and two children were taken by the armed men.

According to PUNCH, the suspected terrorists wanted a N10 million ransom and refused to accept the old naira notes.

An Indigene known as Mohammed, claimed that the kidnappers eventually lowered the demanded ransom to N5m and that residents of the village had been working to acquire the money to ensure the victims’ safe release.

“As we were trying to gather the money demanded by the terrorists, they sent another message this morning that they would not collect old naira notes.
They said they would keep the abducted persons in their camps until the release of the new naira notes in December”