Kenosha: An off-duty officer put his knee on a girl’s neck to break up a fight. Now she faces criminally charges 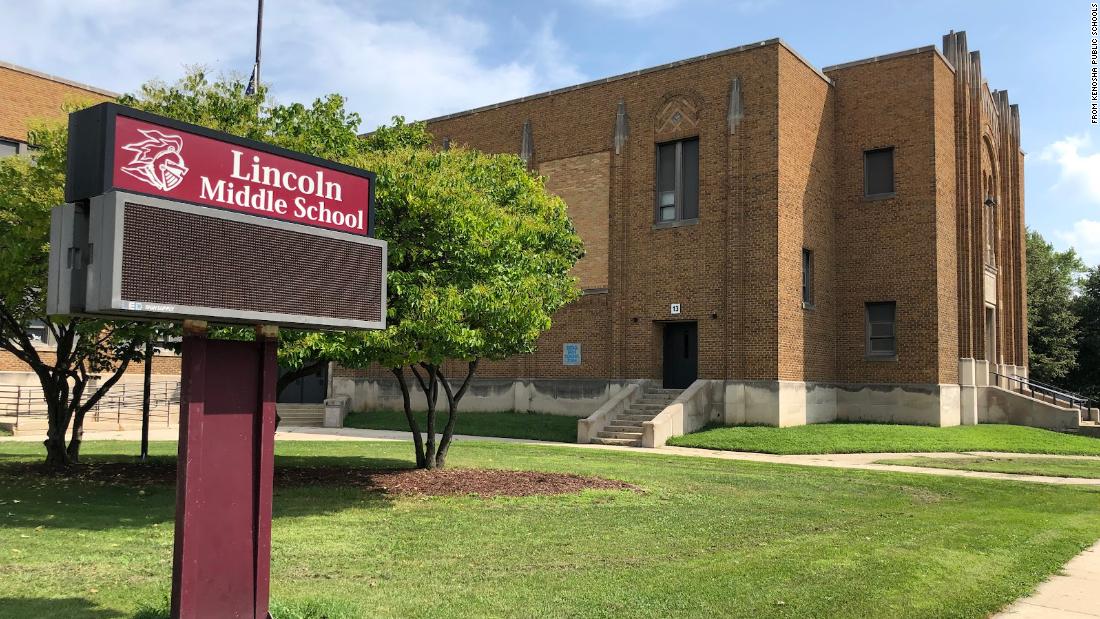 “A juvenile delinquency petition has been filed against Jane Doe in Kenosha County,” DeVinney said. “However, the proceedings and court filings are confidential.”

The full contents of the criminal complaint were not immediately available because she is a minor. The Kenosha County District Attorney’s Office could not comment on a juvenile matter.

In March, the Kenosha Police Department confirmed to CNN that a criminal charge of disorderly conduct had been referred to prosecutors for “both juveniles involved in the incident.” However, neither the identity of either girl nor any other potential charge against the other minor involved has been disclosed.

DeVinney told CNN the girl was offered a “diversion,” however it would have required her to “admit to the charge, which was untenable.” He recalled the penalty would have been similar to probation, but it was “untenable because she is not guilty.”

The charge comes three months after video showed two students in a fight at Lincoln Middle School in Kenosha. Off-duty Kenosha Police officer Shawn Guetschow, working school security at the time, attempted to break it up before either being hit or falling backward with one of the students, the video shows. It appears he hits his head on the edge of a nearby table, the video shows.

Shortly after, Guetschow is seen on top of the student and appears to push her head into the floor with one hand and then place his knee on her neck for more than 20 seconds, the video shows. The 12-year-old girl is eventually handcuffed, picked up and led away, according to the video.

The officer’s position on the girl raised questions about how school police respond to adolescent fights and appeared disturbingly similar to the position of the former Minneapolis Police officer who killed George Floyd nearly two years ago.
Noting “the visual similarities to George Floyd,” a Kenosha Police Department spokesman said in April that interim Chief Eric Larsen asked the FBI to look into the case. The FBI has not responded to questions about the status of any investigation.
“Looking at that picture, it destroyed me,” the girl’s father, Jerrel Perrez, told CNN in March. “All it takes is just a little bit, especially for a 12-year-old girl. We’ve seen a grown man die from that same situation, just imagine a fragile 12-year-old’s neck.”

Guetschow, identified by both the Kenosha Unified School District and the Kenosha Police Department, resigned from his position with the school district, but remains an officer with the police department, CNN previously reported.

DeVinney, the family attorney, is now filing paperwork for a civil suit against a number of parties including Guetschow, Larsen and the Kenosha Unified School District.

“No criminal charges have been filed against Officer Guetschow, who we understand remains employed with the Kenosha Police Department,” wrote DeVinney in part of the notice of claim. “The difference between how an adult with a badge and a child with Black skin are being treated should offend everyone’s sense of morality, ethics, and justice,” he later continued.

“She is the victim of police brutality and now, what seems to be a concerted effort to silence her with baseless charges. The absence of accountability for a grown man that choked this child is striking,” DeVinney added.

CNN has reached out to the Kenosha Police Department for comment but has not gotten a response.

Pete Deates, president of the Kenosha Professional Police Association, had not seen all the details of the civil claim when reached by CNN. However, he previously told CNN that Guetschow was injured as part of the incident.