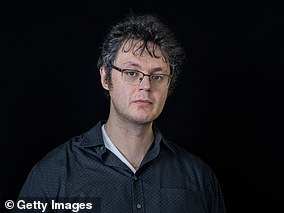 Born in Odessa, Ukraine, Kaminsky lost most of his hearing at the age of four after a doctor misdiagnosed mumps as a cold. His family was granted political asylum by the United States in 1993, settling in Rochester, New York and after his father’s death in 1994, Kaminsky began to write poems in English. His work spans ages and voices to summon the stuff of life: love, grief, joy, and laughter. His work ‘We lived happily during the War’ is included in the syllabus.

A Jamaican poet and activist, she was described as the country’s leading comedienne, as the ‘only poet who has really hit the truth about her society through its own language’, and as an important contributor to her country of ‘valid social documents reflecting the way Jamaicans think and feel and live’. In her poems she was able to capture all the spontaneity of the expression of Jamaicans’ joys and sorrows, their ready, poignant and even wicked wit, their religion and their philosophy of life. Her first dialect poem was written when she was just 14. Her work ‘Colonization in Reverse’ is included in the syllabus.

The 32-year-old Nigerian-born writer and director’s debut collection ‘POOR’ won the Felix Dennis Prize for Best First Collection as well as making the shortlist for the Rathbones Folio Prize. Femi has directed TV episodes for HBO and the BBC and has also written and directed short films for the corporation and for Channel 4. Furthermore, he has been commissioned for work by the likes of the Tate Modern, the Royal Society for Literature and St Paul’s Cathedral. His work ‘Thirteen’ is included in the syllabus.

Born in London to an English mother and a Jamaican father, he became the first ever poet to be awarded the Rathbone Folio Prize for best work of literature in any genre in 2019. Raymond has read and performed his poetry at festivals (Glastonbury, Latitude, BOCAS, etc) and to universities (Oxford, Goldsmiths, Cambridge etc) and also writes for young readers, having published a children’s pictured book. He is the recipient of fellowships from Cave Canem, Complete Works 3, Jerwood Compton and the Royal Society of Literature and is also one of the world’s first recipients of an MA in Spoken Word education from Goldsmiths University. His works include ‘Shapes & Disfigurements’.

A Somali-British writer and poet born in Nairobi and raised in London, she has written two chapbooks, Teaching My Mother How to Give Birth and Her Blue Body. She was awarded the inaugural Brunel International African Poetry Prize and served as the first Young Poet Laureate of London. She is the youngest member of the Royal Society of Literature and is included in the Penguin Modern Poets series. Shire wrote the poetry for the Peabody Award–winning visual album Lemonade and the Disney film Black Is King in collaboration with Beyoncé Knowles-Carter. She also wrote the short film Brave Girl Rising, highlighting the voices and faces of Somali girls in Africa’s largest refugee camp.

A British Nigerian poet, writer, editor, and creative strategist based in London, she was featured in the September 2019 issue of British Vogue which celebrated forces for change. Lola has read her work across the UK in places such as Mansion House, Kensington Palace, Southbank Centre, Edinburgh International Book Festival, Goldsmiths University, and internationally in places such as Germany, Brazil, and Singapore. In April 2018 she was invited by the Mayor of London’s Office to read a commissioned poem at the unveiling of Millicent Fawcett’s statue which took place at Parliament Square. Her writing is interested in themes of memory, home, well-being, nostalgia, and familial relationships.