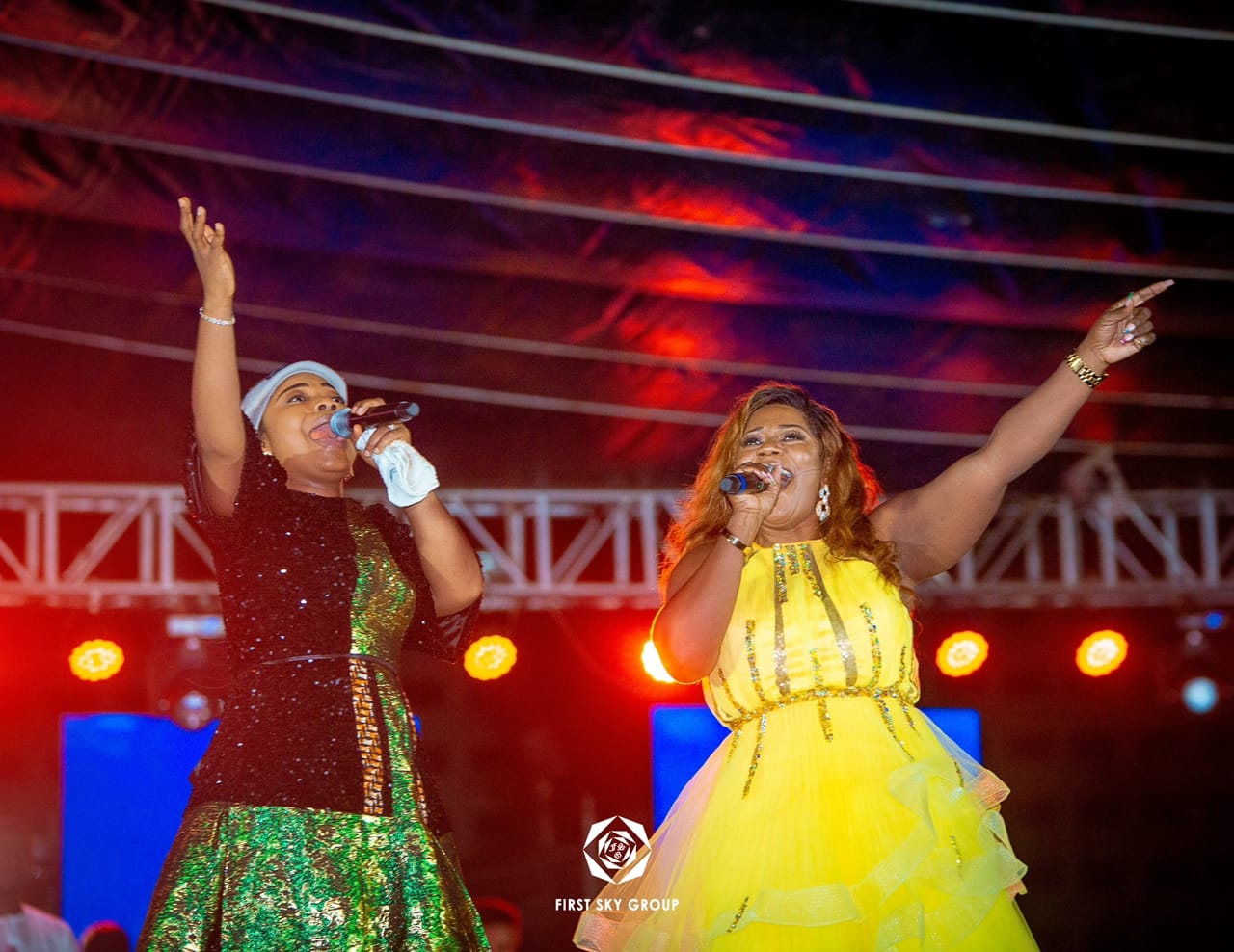 The Gospel musical concert was one of the activities to mark First Sky Group’s 20th Anniversary and Thanksgiving to God for his goodness over the years.

This year’s event which was with the theme: ‘ The Lord Has Done Great Things’ featured celebrated Ghanaian and Nigerian Gospel artistes such as Joe Mettle, Esther Piesie, Frank Guildford and Mercy Chinwo.

These celebrated musicians really enmeshed patrons with back-to-back of their hit songs.

They all delivered master-class performances that justified why they were the right choices to be billed for such a corporate event.

They were supported by the North Accra Diocesan Choral Group among others.

Some of the dignitaries that graced the occasion include: The General superintendent of the Assemblies of God Church USA, Rev. Dougclay, Rev. Professor Paul Frimpong, President of Worldwide Miracle Outreach; Dr Lawrence Tetteh and the Chief Executive Officer of  the Highway Authority Engineer Nti.

The First Sky Group is a unique and diverse wholly owned Ghanaian holding entity comprising subsidiaries with interests in Hospitality, Construction, Insurance, Banking, Commodities Trading and Bitumen Processing with a combined workforce of more than Three Thousand Eight Hundred (3,800) employees stationed at various sites, offices and locations across the length and breadth of the country.

The first company established under the Group is First Sky Construction Limited in 2002 and commenced operations with a workforce of three (3) personnel.

The other subsidiaries subsequently established are First Sky Commodities and Volta Serene which began operations in 2015.

This was followed by Serene Insurance and First Sky Bitumen Processing Limited in 2018. Frerol Rural Bank was also established in Kpando in the Volta Region and subsequently another branch was opened in Ho in 2021.