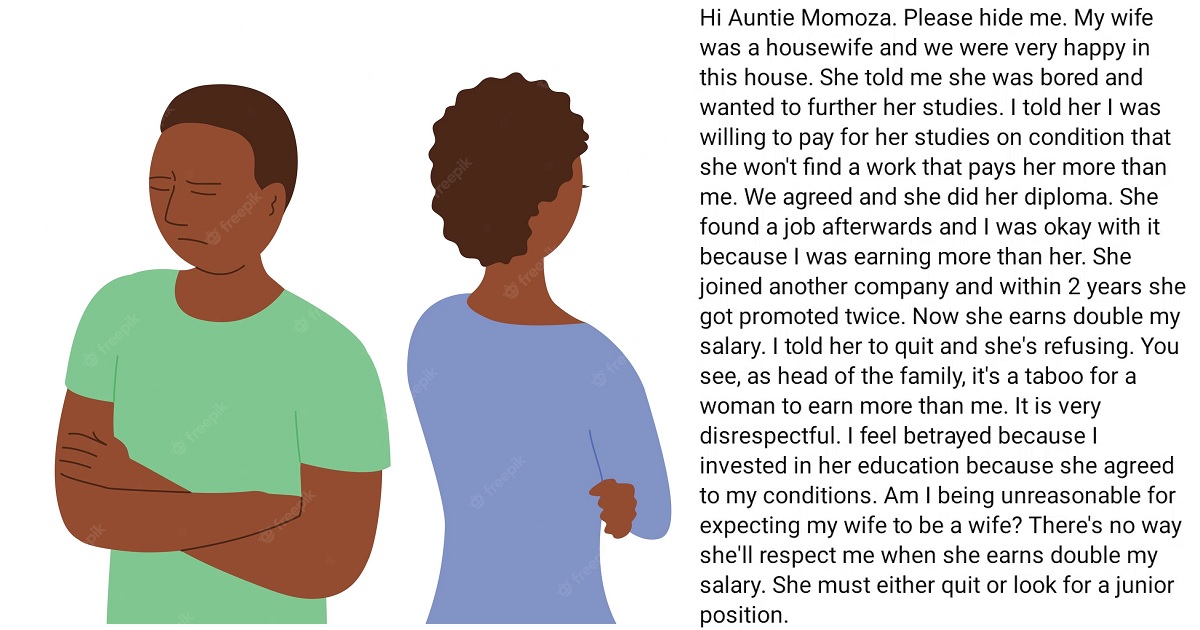 
A man has taken to social media to lament after his wife breached their agreement that she’d not earn more than him.

The man sought advice in an online relationship counseling platform as he revealed that his wife had been a housewife and they had all been living together happily.

However, she began hinting her desire to go back to further her studies.

The man stated that he had agreed but had given her the sole condition that she’d not earn more than him.

However, after his wife completed her education, she got a job and was promoted twice, and began earning twice his salary.

Read his story below –

“Hi Auntie Momoza. Please hide me. My wife was a housewife and we were very happy in this house. She told me she was bored and wanted to further her studies. I told her I was willing to pay for her studies on condition that she won’t find a work that pays her more than me. We agreed and she did her diploma. She found a job afterwards and I was okay with it because I was earning more than her. She joined another company and within 2 years she got promoted twice. Now she earns double my salary. I told her to quit and she’s refusing. You see, as head of the family, it’s a taboo for a woman to earn more than me. It is very disrespectful. I feel betrayed because I invested in her education because she agreed to my conditions. Am I being unreasonable for expecting my wife to be a wife? There’s no way she’ll respect me when she earns double my salary. She must either quit or look for a junior position.”