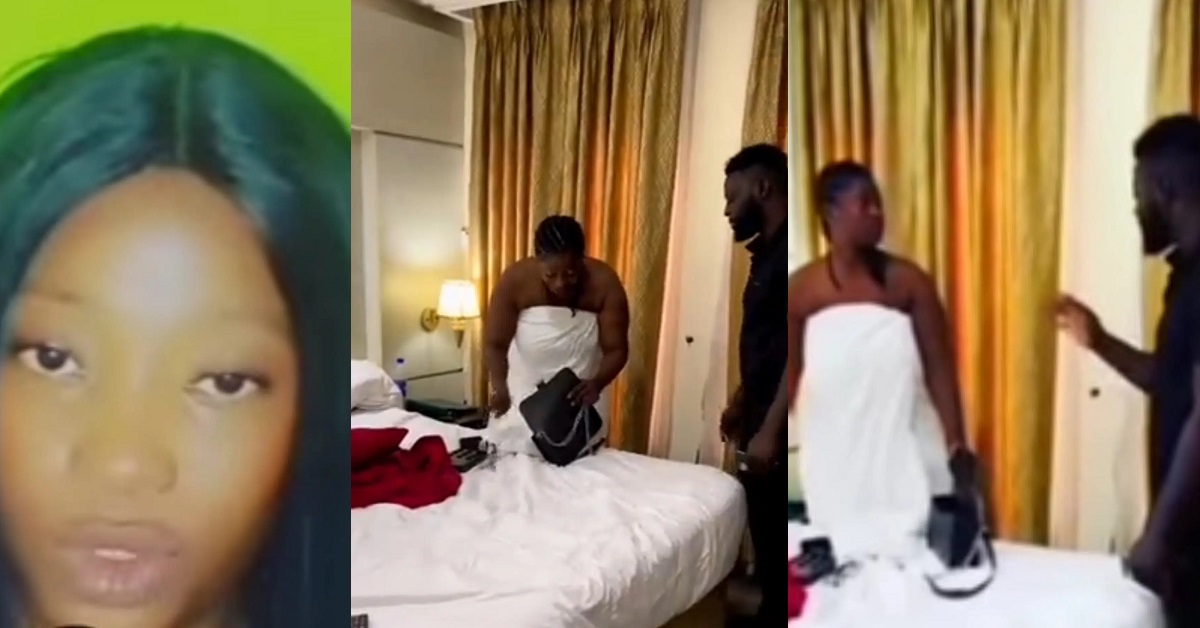 
A young lady who was recently accused of stealing passport, diamond earrings and gold has openly debunked the rumours.

In the viral video, the man claimed he picked up a commercial sex worker who charged him N40,000 and that he paid her N50,000 out of his benevolence. He added that he was shocked when in the morning after they had finished playing that he couldn’t find his items(red passport, diamond earrings and gold chain). The lady initially denied but after much interrogation, she surrendered his items which she had hidden.

However, the lady has now made a video where she revealed that none of the things she was accused of is real. According to her, they were making a skit and it was all acting.

Watch her speak below –

Share. Facebook Twitter Pinterest LinkedIn Tumblr Email
Previous Article“This is your sign to not get your lips dissolved” – Lady warns as severe reaction to filler dissolvent causes her lips to balloon
Next Article Vitus Azeem questions removal of Col. Damoah as Commissioner of Customs

As part of GCB Bank PLC’s activities to celebrate the global customer service week, the…