It Is Not The President’s Cathedral, It’s 100% State-owned – Ofori-Atta Schools Minority | Politics 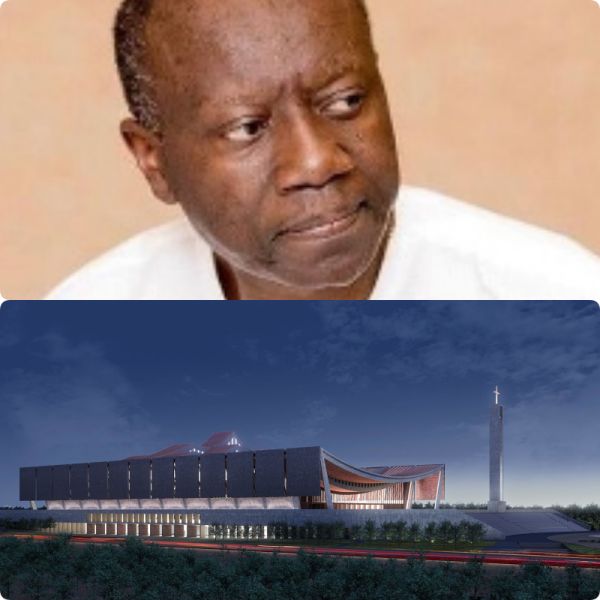 
Finance Minister, Ken Ofori Atta has denied Minority’s accusation that he breached the constitution and unlawfully made a withdrawal from the contingency fund.

According to the Minority, the Minister unlawfully made withdrawals from the Consolidated Fund for the construction of “the President’s Cathedral.”

This, they say, contravenes Article 178 of the 1992 Constitution, which states that no moneys shall be withdrawn from the Consolidated Fund except where the issue of those moneys has been authorised by “an Appropriation Act; or by a supplementary estimate approved by resolution of Parliament passed for the purpose; or by an Act of Parliament enacted under article 179 of this Constitution.”

He told proponents of the motion of censure for his removal that they should not confuse Contingency Vault with Contingency Fund (Consolidated Fund) with respect to funding for the National Cathedral project.

Appearing before Parliament’s ad-hoc committee probing the Minority’s censure motion against him, said he is ‘fully aware’ of the procedure used to access the Consolidated Fund and that he has “not breached its requirement”.

“All the payments made to the national cathedral were lawfully done and in the contingency vault and not from the Consolidated Fund…I have served the country with honesty and integrity,” he added.

Meanwhile, he disagreed with the Minority’s description of the National Cathedral as “the President’s Cathedral.

According to him, “it is not the president’s cathedral, it is 100 percent owned by the state.”