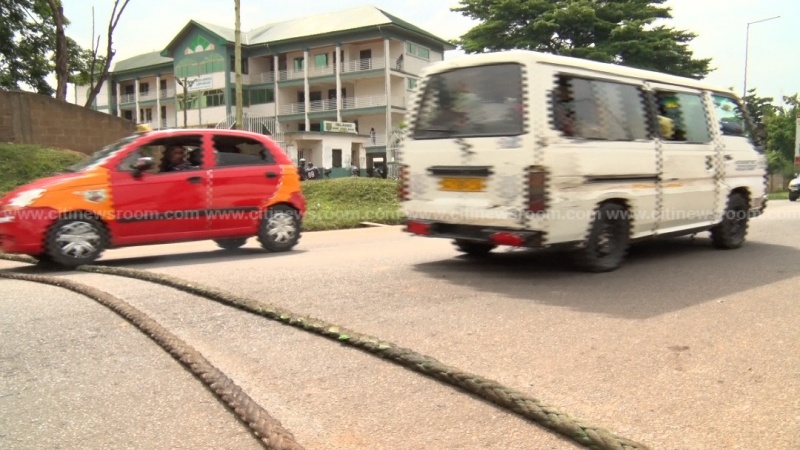 
Safety ropes have been placed as temporary speed humps on the road in front of the Islamic Senior High School at Abrepo in Kumasi.

They were put there a day after students of the high school protested to demand speed ramps to prevent knockdowns from speeding vehicles.

Speaking on Eyewitness News, Deputy Education Minister, Rev Ntim Fordjour, said, “the situation at Islamic SHS is one that is very calm now.”

The Deputy Minister is hopeful that the country can learn from the incident.

“We want to avoid the recurrence of a similar phenomenon on that same campus and to even avoid such similar incident from occurring in any of our over 846 SHS and TVET institutions across the country.”

The protest was met by force by police officers, which have since been condemned.

About 32 students from Islamic Senior High School were hospitalised after the police action.

DCOP Apraku was also interdicted together with two other senior officers.