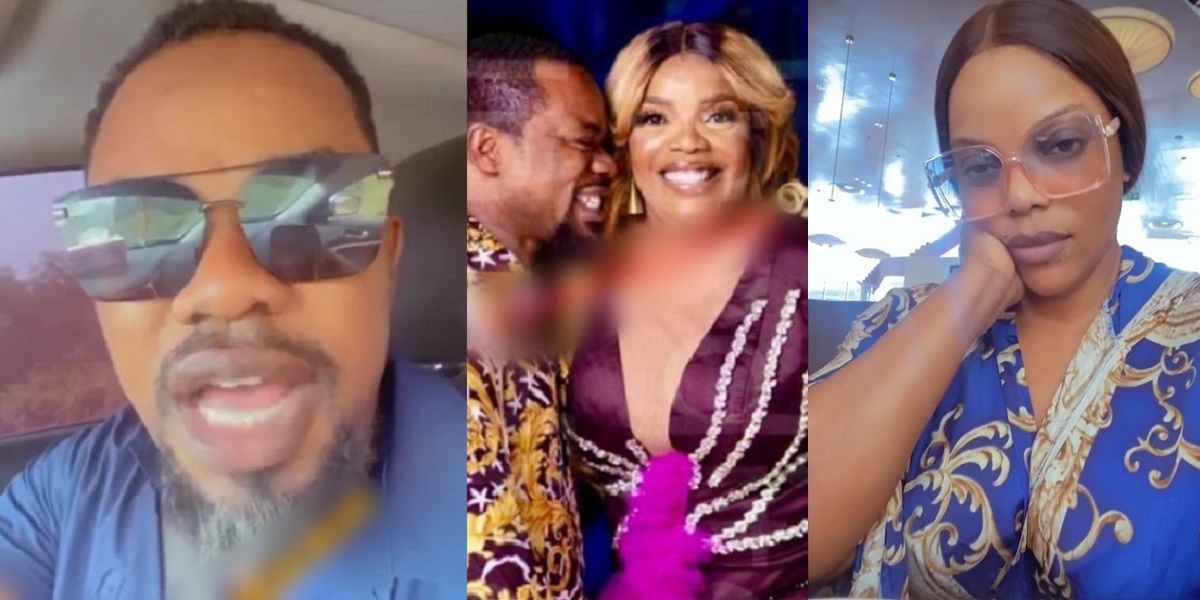 Just recently, intimate videos of the veteran actress flooded the internet, and it was alleged that her ex-fiancé, whom she had claimed was blackmailing her with her nudes, leaked the videos online.

He reportedly created a WhatsApp group where he added hundreds of people and shared the explicit videos of her, including one where she was taking her bath.

Amid the scandal Empress went online to reassure her fans who were concerned about her well-being that she was fine and that she was relieved to be finally free of her blackmailer.

A number of concerned Nigerians and Empress’ colleagues, the likes of Eve Esin called for George Wade’s arrest.

However, in a new development, Empress’ estranged lover, Wade has denied leaking the viral explocot videos. According to him, he has no involvement in the leaked videos.

“I feel the pains, but I need you guys to understand I’m not behind everything that’s happening to Empress. I’m in pains with her”, he said in part.

Share. Facebook Twitter Pinterest LinkedIn Tumblr Email
Previous ArticleDo you think Harry and Meghan should be stripped of their royal titles? Vote here and tell us why…
Next Article I Am Going To Do Well – Efia Odo Predicts Successful Music Career