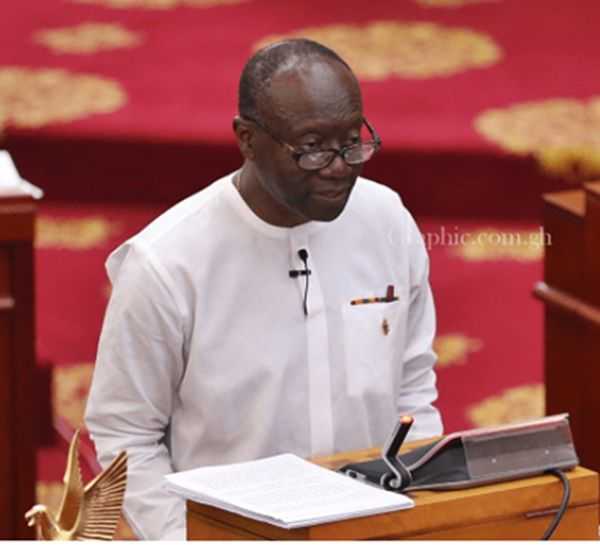 
Finance Minister, Ken Ofori Atta is confident he will be the one to present the 2023 budget statement of the ruling administration.

Ninety-eight(98) New Patriotic Party (NPP) Members of Parliament (MP) a few days ago reignited calls for the Finance Minister to be axed.

They have threatened to boycott the upcoming 2023 budget presentation and all Finance Ministry business should the President refuse to sack him immediately.

Earlier this week, NPP Member of Parliament for Asante Akim North, Hon Andy Appiah-Kubi reiterated their displeasure with the management of the economy under Ken Ofori-Atta.

“It’s not only the budget that we will boycott, we will no longer be a part of any government business. That is the position we have taken. It starts from now.”

“Ofori-Atta is not the only one with knowledge, he must go. I can assure you, we will not backtrack on our decision. If the President refuses to sack him, it’s up to him,” he said in an interview with Kwami Sefa Kayi on PeaceFM‘s Kokrokoo morning show.

Reacting to this while speaking to the media after appearing before Parliament’s Ad-hoc committee probing the Minority’s censure motion against him, the Finance Minister said he has “not been officially informed” and that he “expects” to present the budget statement which is scheduled to take place on 24th November 2023.

-Despicable conflict of interest ensuring that he directly benefits from Ghana’s economic woes as his companies receive commissions and other unethical contractual advantages, particularly from Ghana’s debt overhang.

-Unconstitutional withdrawals from the Consolidated Fund in blatant contravention of Article 178 of the 1992 -Constitution, supposedly for the construction of the President’s Cathedral:

-Illegal payment of oil revenues into offshore accounts, in flagrant violation of Article 176 of the 1992 Constitution:

-Deliberate and dishonest misreporting of economic data to Parliament 5. Fiscal recklessness leading to the crash of the Ghana Cedi which is currently the worst-performing currency in the world:

-Alarming incompetence and frightening ineptitude, resulting in the collapse of the Ghanaian economy and an excruciating cost of living crisis;