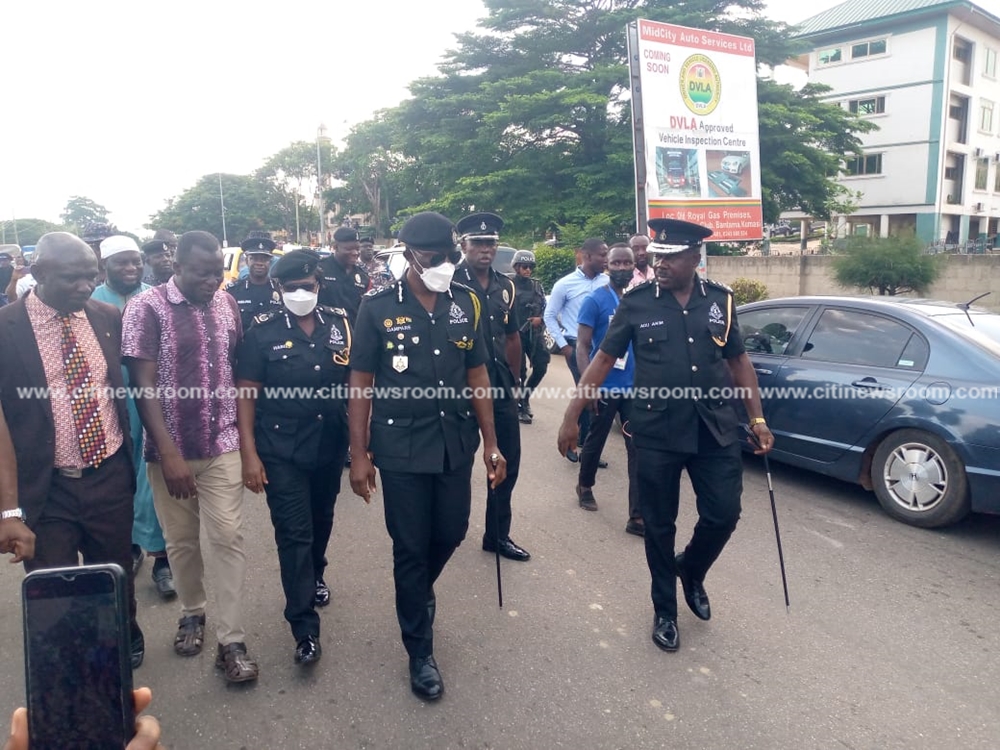 
The Inspector-General of Police, Dr. George Akuffo Dampare, has assured of an investigation into the incident at the Islamic Senior High School after some police officers allegedly fired gunshots and tear gas to disperse protesting students.

This was after the IGP and his team with the management of the school visited some health facilities where the injured students had been admitted.

“Whatever happened in terms of the policing aspect of it, we are going to look into it and take all actions to ensure that at the end of the day, the right thing is done, professionalism is deepened in a manner that will not create a situation that will put the life of anybody at risk.”

He further urged students to consider formal channels of reporting when they have grievances.

“Don’t bypass them to take the law into your own hands to create a situation,” Dr. Dampare said.

The IGP has also pledged to get the Urban Roads to erect speed rumps to address the incessant vehicular knockdowns, which was the concern of the students.

“I made some calls and Urban Roads and its leadership have accepted to quickly come around and ensure that the right thing is done to save your lives to live to your full potential,” he revealed.

Some reports say tear gas and live bullets were fired, but this has not been independently confirmed.

About 30 students from Islamic Senior High School were injured after the police action.

They were part of a group protesting to demand speed bumps around the school after some students were involved in accidents.

The police action prompted some worried parents to troop to the school to check on their wards.