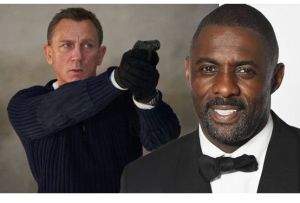 
Hollywood star Idris Elba is reported to have walked away from talks to be the next James Bond after being named favourite to replace Daniel Craig.

Elba is instead reportedly set to pursue “his own film franchise,” though has apparently suggested other suitable 007s to producer Barbara Broccoli, reports aceshowbiz.com.

A source told The Sun: “Fans and Barbara wanted Idris but he wants to create something for himself. However, he’s put forward names to play 007.

“He’s ‘informally’ in the decision-making process as he’s been in talks with producers for so long.”

Daniel, 54, quit after his fifth Bond outing in last year’s ‘No Time to Die’, with Barbara later saying Elba was in her plans to take over as the spy, hailing him “a magnificent actor”.

The Director General of the Ghana Health Service, Dr. Patrick Kuma-Aboagye has directed all Regional…